Over one-fourth of cancer burden in India tobacco-related 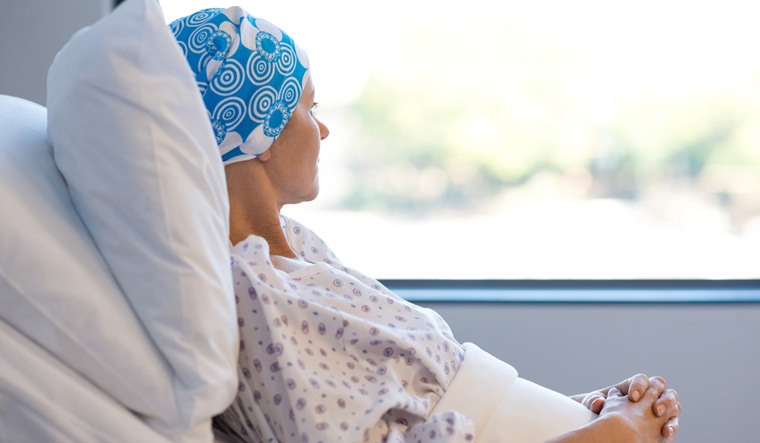 Among women, cancer of the breast and cervix uteri remains the most common ones

One in four people (aged between 0-74 years) who live in Arunchal Pradesh's Papumpare district, have a possibility of developing cancer in their lifetime. Even as the cancer cases in India are estimated to be at 13.9 lakhs by end of this year, and likely to increase to 15.7 lakhs by 2025, several districts in north-east continue to report highest number of cases.

According to the latest National Cancer Registry Programme Report, 2020, released by the ICMR and the National Centre for Disease Informatics & Research (NCDIR), Bengaluru, chances of developing cancer in Aizawl district, Kamrup urban, East Khasi Hills district and Mizoram state were high—ranging from one in four persons in Parumpare district to one in eight in the East Khasi hills. The highest recorded cases per one lakh population for all kinds of cancers among men were found in the Aizawl district (269.4); females in Papumpare district recorded the highest number of cancers per one lakh population (219.8). Cancers related to use of any form of tobacco were highest in the north-eastern region, according to the report.

For both men and women, cancers of the gastrointestinal tract are estimated to contribute 2.7 lakhs (19.7 per cent) of the total cancer burden. “A significant increase in the incidence rates of breast cancers in women, and lung and head and neck cancers in both men and women was observed in most of the registries. However, a declining trend was seen in most of the registries for cancer of the cervix,” the ICMR said in a statement on the report. Experts say that cancer of the cervix has been brought down due to better hygiene practices, higher awareness and screening programs across the country.

The report that includes data from 28 population based cancer registries and 58 hospital based cancer registries for the first time shows the regional patterns – for instance, the Delhi registry reports lung, mouth and prostrate cancer as the most common among males, while men in Meghalaya, Diburgarh and Kamrup urban are more likely to develop oesophageal, hypopharynx, and stomach cancers. Among women in Delhi, higher numbers are reported for breast, cervix and gall bladder cancers, while in the north-eastern districts, the women report cancers of oesophagus, cervix uteri, mouth, stomach and gall bladder.

Cancers of lung, according to ICMR-NCDIR, were diagnosed at a stage of spread to distant sites in the body, while cancers of head and neck, stomach, breast and cervix were in higher proportions with regional spread. Multi-modality treatment (a varied combination of surgery, chemotherapy and radiation therapy) was administered for cancers of breast and head and neck, while cancer cervix was treated mainly with radiotherapy and chemotherapy. For cancers of the lung and the stomach, systemic therapy (drugs that spread throughout the body to treat cancer cells wherever they may be. They include chemotherapy, hormonal therapy, targeted drugs and immunotherapy) was the mode of treatment, the ICMR said in a statement.