How a Chinese elevator showed coronavirus can spread through surface contact 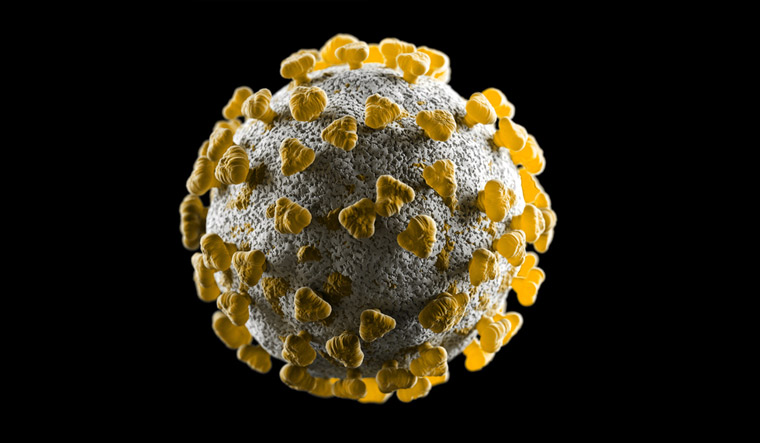 There was always a risk, but it is only recently that coronavirus surface-to-person transmission has been identified as responsible for specific COVID-19 cases. In a study, published in the United States Center for Disease Control and Prevention (CDC) website, Chinese researchers identified an outbreak of COVID-19 infections via elevator surfaces in a province in China. This is a marked departure from previous lukewarm notices on surface-to-person transmissions.

An infected but asymptomatic woman, alone in an elevator, who did not come into close contact with anyone, was found responsible for a COVID-19 outbreak that infected 71 people, reports the research letter, which tracked and analysed how the virus spread. Neighbours were infected after they came into contact with surfaces in an elevator, and they went on to infect other people, according to the authors of the report.

The study noted that the infected woman's short trip via the elevator to her apartment, en route quarantine, may have caused the outbreak. The asymptomatic woman returned from the US to the Chinese province of Heilongjiang in March. When tested, she presented a negative result, but, as an international traveller, she was required to quarantine in her home, where she lived alone. As it turned out, she was also alone in the elevator when she went to the apartment and did not come into close contact with anyone during the quarantine.

The authors of the study found that the neighbour downstairs from the woman’s apartment used the same elevator, albeit separately. That neighbour interacted with mother, boyfriend, and another man and his two children. This other man suffered a stroke in early April and was admitted to a hospital, his two children by his side. During the time he was in the hospital, he was treated by a medical team who was also in charge of other patients in the ward. When the man developed a fever, he was transferred to another hospital.

“Prior to April 9, 2020, Heilongjiang Province, China, had not reported a new COVID-19 diagnosis since March 11, 2020. On April 9, SARS-CoV-2 was diagnosed in 4 patients. By April 22, 71 persons had been infected. The likely origin of this cluster is an imported case from an asymptomatic traveler,” says the report.

Experts noticed the connection when the neighbour, the neighbour's mother, and the man who had a stroke, all tested positive. The stroke hospitalisation resulted in the infection of 28 others, including other ambulatory patients and the medical team. Objects, such as tomography equipment and a microwave, were also shared with other patients. The transfer to a second hospital resulted in another 20 infections.

It was only on April 9, exactly three weeks after the woman returned to China, that investigators established the link. Although the woman's test was negative, a subsequent antibody test had positive results, which is an indicator that she had already been infected, meaning she was an asymptomatic carrier.

The man with the stroke tested positive on April 9 and was quarantined. The epidemiologic investigation showed that none of these people had a history of travel or residence in affected areas with sustained transmission of COVID-19 during the 14 days before diagnosis, says the report, suggesting that the infection came from contact with other persons—Four patients, were infected in other wards and the tomography room of the first hospital, along with one doctor and 5 nurses. Twenty others were infected in the second hospital.

“On April 15, the Chinese Center for Disease Control and Prevention sequenced the entire genomes of 21 samples from the cluster,” reported the authors. “Viral genomes were identical in 18 cases and 3 other cases had a difference of 1–2 nucleotides, indicating that SARS-CoV-2 came from the same point of origin. The viral genome sequences from the cluster were distinct from the viral genomes previously circulating in China, indicating the virus originated abroad and suggesting [patient zero] was the origin of infection for this cluster.”

Just a month ago, the CDC said on its website: “COVID-19 is thought to spread mainly through close contact from person-to-person. Some people without symptoms may be able to spread the virus.” There were only speculatory warnings about surface transfer: “Based on data from lab studies on COVID-19 and what we know about similar respiratory diseases, it may be possible that a person can get COVID-19 by touching a surface or object that has the virus on it and then touching their own mouth, nose, or possibly their eyes, but this isn’t thought to be the main way the virus spreads.”

CDC guidelines say that SARS-CoV-2 may remain viable for hours to days “on surfaces made from a variety of materials”, recommending cleaning and disinfection of visibly dirty and frequently touched surfaces as a best measure of prevention against COVID-19.

Referring to the case held to be the source of the outbreak through transmission by touching an elevator surface, the report concluded, “Our results illustrate how a single asymptomatic SARS-CoV-2 infection could result in widespread community transmission,” and recommended “continued measures to protect, screen, and isolate infected persons are essential to mitigating and containing the COVID-19 pandemic.”