Clinical trials on for an advanced oral drug for kala-azar

The new drug LXE408 is a first-in-class compound, discovered at Novartis 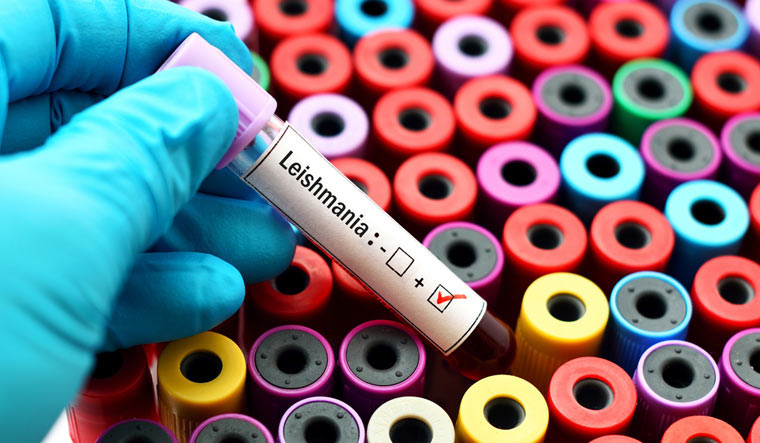 A new oral drug for kala-azar that holds the promise of reduced treatment time and fewer side effects is currently in its first phase of trials in collaboration between the Drugs for Neglected Diseases Initiative (DNDi) and Novartis.

While the first phase of trial is nearing completion, the drug is not expected to hit the markets before several years as two more phases of trial are yet to be undertaken. However as Suman Rijal, director DNDi India told The Week, “With the new drug we are looking at affordability, drastic reduction of treatment time and a longer shelf life”.

Current treatment for kala-azar, the scientific name for which is visceral leishmaniasis (VL)—a vector-borne illness caused by the bite of a sandfly, is a single dose intravenously administered AmBisome and short course miltefosine. Though effective, these treatments produce side effects and cannot be given to pregnant and lactating women. The intravenous drug also requires maintenance of a cold chain and optimal storage conditions. Commonly reported side effects include nausea, severe vomiting, and raised liver enzymes etc.

The new drug LXE408 is a first-in-class compound, discovered at Novartis with financial support from the Wellcome Trust. While Phase 1 trials near completion, the next two phases will be conducted in India with additional trials in East Africa.

Leishmaniasis affects over one billion people; VL the most serious form of the disease, affects an estimated 50 000 to 90 000 people per year. If left untreated it is almost always fatal. After malaria, it is the second largest parasitic killer in the world.

In India, the disease is concentrated in Bihar, though cases are also reported from Jharkhand, West Bengal and Uttar Pradesh. As per data available from the National Vector Borne Disease Control Programme, 3122 cases of VL have been reported in 2019.

Rijal explains that the new oral drug would bring treatment time down to seven days and the drug could also be administered to pregnant and lactating women. A new, easily administered drug however does not mean that no new cases will be reported, as elimination means less than one case per 10,000 population at the sub district level as defined by the NVBDCP.

“Sandflies shall remain potential reservoirs of the disease. In the recent past though overall incidence of kala-azar has come down, the disease is being reported from villages where it is unheard of before. This means that preventive measures will have to continue and there cannot be a let up in monitoring. With the numbers of the affected falling, the knowledge of the health workers dealing with it will also reduce. These are factors that have to be accounted for in the long term plan for elimination”, Rijal said.

DNDi will lead Phase II and Phase III clinical development, with the first Phase II study scheduled to start in early 2021 in India.

Commenting on the need for the, till now elusive oral treatment, Dr Bernard Pécoul, Executive Director of DNDi said in a statement. “Existing treatments for visceral leishmaniasis are simply not good enough. They are too long, increasingly ineffective, and can be toxic, painful, and costly. Our hope is to radically transform this by developing new oral drugs that are affordable, safe, effective, easy to take, and can also be adapted to meet the treatment needs of patients in different countries.”