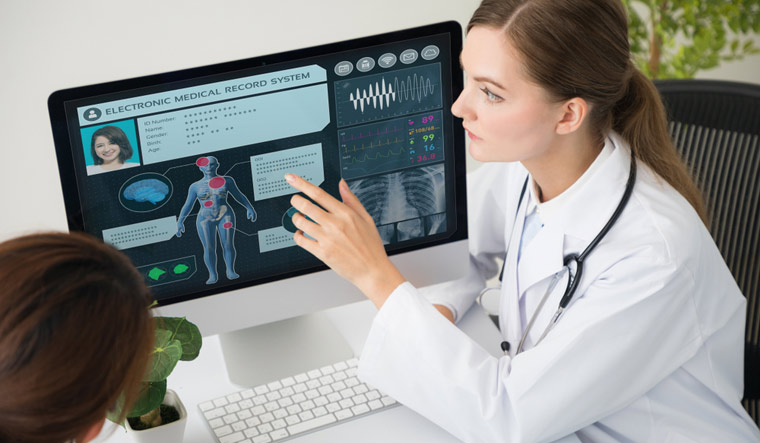 In the last five years, more than fifteen thousand cancer patients registered with Navya, an online consultation site, to seek second opinions regarding treatment options available to them. According to three studies presented at different conferences, patients saved a considerable amount of travel time and money by seeking help online as against travelling all the way to hospitals and medical centers and investing a substantial amount of time, money and effort. Navya Care is an online service, which provides expert opinions by doctors from Tata Memorial Hospital (TMH) and other tertiary centers in the National Cancer Grid (NCG) to all cancer patients across India. A clinical informatics and cancer patient services company, Navya is founded by graduates from Harvard, MIT Sloan and Stanford universities and its services are offered in collaboration with TMH and NCG in urban, semi-urban and rural areas wherever there is a sufficiently good internet access available.

Around 70,000 patients come in TMH from all over the country and its neighborhood for opinions, investigations, consultations and treatment. But now an increasing number of people are signing up for the online service to avail the same trusted expert opinion which does not require them to travel. "98 per cent of the decisions taken by the online system Navya is in concordance with that of an actual Tumour Board. So physically if a patient comes to a hospital and takes an opinion, that opinion is in tune with Navya's opinion service to a very large extent. This is the reason why the number of registrations on Navya have grown exponentially. In 2016, there were around 3500 patients while this year there has been a 325 per cent increase. Around 15000 patients have approached Navya online expert opinion system. In total around 40,000 patients from India and 68 other countries have registered onto this system," said Dr. Tushar Vora, professor of paediatric and medical oncology at TMH in Mumbai. But the purpose of this online system is not first-time diagnosis. It is only to give the cancer patient an idea about the treatment and its management. So Navya will for instance, help a patient make crucial decisions such as whether to opt for upfront surgery or chemotherapy followed by surgery.

By using machine learning and artificial intelligence, TMH has collaborated for a quick and robust opinion system in which a patient or a physician uploads the patient's reports on the system and a clinical analyst puts the entire information on to an engine after filling in the gaps. The system then generates a report based on the summary which forms the essential advice or opinion that the patient seeks. The entire turnaround time is 24 hours the entire system is made in a way that it is in tune with a patient's feel of personally walking into a doctor's cabin inside the hospital. The European Society of Medical Oncology in its study of 1803 cancer patients concluded that getting an opinion from Navya online saved patients Rs 81000 on travel-related cost, 1225 kms of travel and three and a half days. "One of the aims of this endeavour was not just to reach out to the patients but also to the treating physicians. This system works very well if the treating physician takes the opinion especially when the patient is in the rural areas and her understanding of the internet is limited," Dr Vora said.

While the number of breast cancer patients form the highest cohort of cancer patients on Navya, the online service provides opinions on treatment to patients suffering from any form of cancer for a cost of Rs 8500 for an opinion. But the service is free for patients with an annual income less than Rs 2.5 lakh. "Uniform care for all cancer patients is the biggest benefit of Navya. It improves outcomes and saves lives," said Dr. Rajendra Badwe, director of the Tata Memorial Centre (TMC).