Mussels may be the answer to the world's water woes 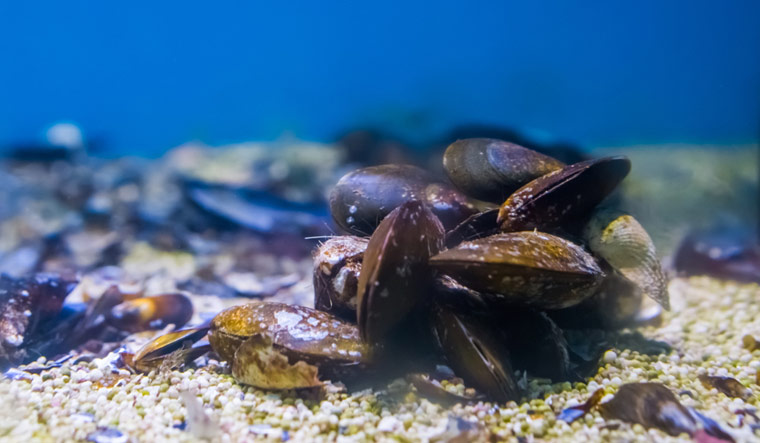 Seafood lovers appreciate mussels, which are easy to cook and take less time to prepare, for their taste and health benefits. The shellfish having two parts to its shell, living in either salt or fresh water, is more than a culinary miracle, believe scientists who studied the health of the estuaries of the Thames, Elba and Seine rivers.

The study by France's Tara Ocean Foundation suggests that mussels have the potential to solve the world's drinking water problem.

"It's a super-filter in the marine world, filtering up to 25 litres of water a day," said marine biologist Leila Meistertzheim.

While the humble mussels keep sieving the water in their habitat for a meal of bacteria or microscopic algae known as phytoplankton, they produce clean water. Thus the mussel is the hoover of the sea, taking in phytoplankton for nourishment along with microplastics, pesticides and other pollutants.

Researchers at Stanford University in California had observed that the bivalves' tissues of mussels absorb some of the chemicals and pathogens. The water bodies, which have huge contamination of herbicides, pharmaceuticals and flame retardants, can be made clean using mussels.

Like canaries in a coal mine, mussels have long been used as "bio-indicators" of the health of the seas, lakes and rivers they inhabit.

The mussels, placed in fish traps, are submerged in the waters for a month before researchers dissect them to determine what chemical substances lurk in their tissues.

The idea of deploying mussels across the oceans to absorb ubiquitous microplastics is just a dream for now, but for other pollutants, the bivalves are already at work.

"In some places, mussels are used, as well as oysters, to cleanse the sea of pesticides, for example," Meistertzheim notes.

Mussels are capable of "removal and inactivation" of the faecal material which contains dangerous Escherichia coli (E. coli). People can become infected if E. coli get into their water supplies.

The mussels are edible because they "excrete the bacteria as faeces or mucus," he says.

Since mussels are highly perishable, they should be eaten on the day of purchase.

The phenomenon is often the result of waste dumped into the waterway containing phosphates and nitrites, such as detergents, fertilisers and sewage.

The nutrients in these substances encourage the proliferation of algae, which in turn starves the water of oxygen, upsetting the ecosystem.