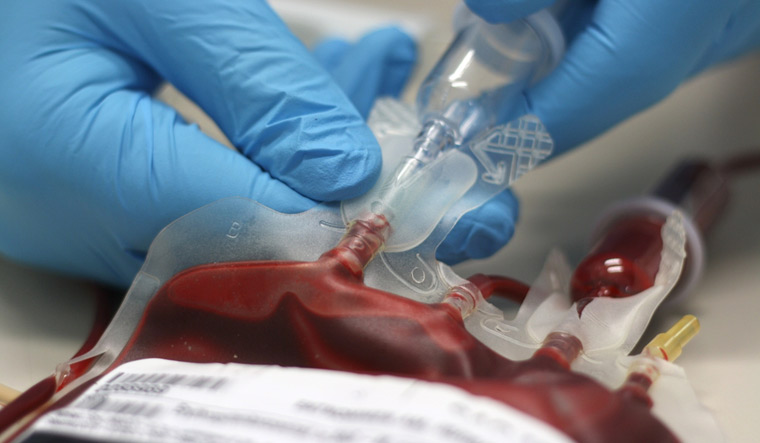 The baby girl of the 23-year-old woman, who became affected with HIV after a blood transfusion, has not been affected by the virus, according to the dean of the Madurai Government Rajaji Hospital K Vanitha.

The woman, pregnant with her second child, was found to be anemic and she was given HIV positive blood without screening the blood properly. The incident happened at a government hospital in Sattur of Sivakasi district in December 2018. After delivering agirl child, she was neglected by her husband, a daily-wage worker.

The donor came to know about his condition when he underwent a medical check-up some days after donating the blood. He committed suicide by consuming poison.

Three workers of the government hospital at Sivakasi had been suspended as they had failed to screen the blood properly.

The Madurai bench of the Madras High Court had recently ordered the government to pay a compensation of Rs 25 lakh to the woman. Hearing a PIL that the woman got the infection as the blood transfused was not properly screened, a division bench of the court comprising Justices N Kirubakaran and S S Sundar directed that Rs 10 lakh be deposited in the name of the 23-year-old woman and the remaining Rs 15 lakh in the name of her two children. The court has also ordered the government to give her a suitable permanent job  and a house measuring not less than 450 sq feet. The court directed the state government to implement its order by January 11.

The judge said nurses, counsellors and blood bank technicians should be recruited as per the conditions of the National AIDS Control Organisation, and the government should monitor the blood banks, ART (antiretroviral therapy) centres and medical documents.

Besides, they should check if the equipment are maintained properly and inspected frequently by authorised people, the judges said. An expert committee should be formed to make blood donation and transfusion safe, the court added.