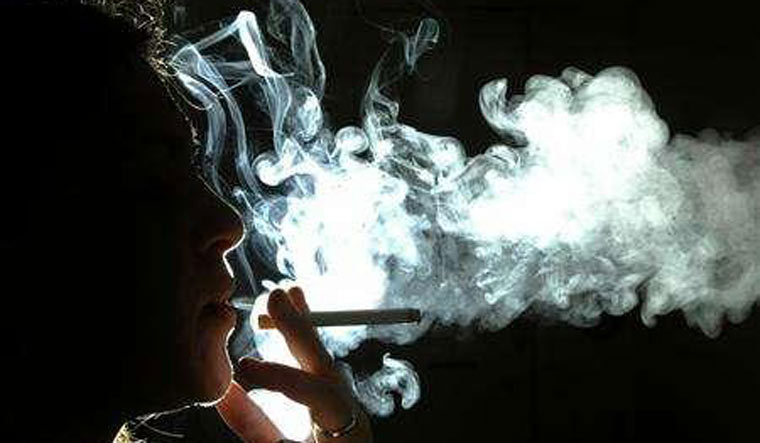 Women smokers, especially those aged under 50, are at a significantly higher risk of a major heart attack than their male counterparts, according to a research.

Heart disease is the number one cause of death for women and men worldwide, and acute ST Segment Elevation Myocardial Infarction (STEMI) is among the most life-threatening forms of heart disease.

STEMI is sometimes called a major heart attack and is caused by a complete blockage of one of the main coronary arteries.

The reseach, led by Sheffield Teaching Hospitals NHS Foundation Trust in partnership with the University of Sheffield, was conducted to assess smoking as an independent risk factor for STEMI and determine the differences in risk between age groups and genders.

The researchers found that smoking increases STEMI risk in all patients, regardless of age or gender, but the risk is higher in females compared to males at all ages.

The largest relative risk difference between men and women smokers was in the 50-64 years old group, but the highest risk increase in both genders was in the 18-49 years group  the youngest group, the research found.

Female smokers in this age group had a greater than 13 times higher risk of STEMI compared to their non-smoking female contemporaries. Young male smokers had an 8.6 times increased risk.

The findings are the first to shed new light on the striking risk impact that smoking has in provoking major heart attacks, especially in younger and female smokers. Although a risk has been known to be present for many years, its magnitude was unclear and undefined.

Researchers also found that it was possible to substantially reverse the risk by quitting smoking.

"Our study found that smoking cessation, regardless of age or gender, reduces STEMI risk to that of a never smoker, possibly within a month," said Ever Grech from the University of Sheffield's Department of Infection, Immunity and Cardiovascular Disease and consultant interventional cardiologist at Sheffield Teaching Hospitals NHS Foundation Trust.

"Patients who smoke merit encouragement to give up their habit, and this study adds quantitative evidence to the massive benefits of doing so," Grech said.

For the first time, this study provides a numerical hazard which specifically focuses on the cardiac risks of smoking in a way that is much easier to understand, Grech said.

"I hope this will not only correct the perception in young smokers that heart attack risks arise much later in life, but also publicise the real dangers of smoking in a contemporary population," Grech added.

The study was published in the Journal of the American College of Cardiology which ranks among the top cardiovascular journals in the world for its scientific impact.