Says he hopes the issue will be resolved soon 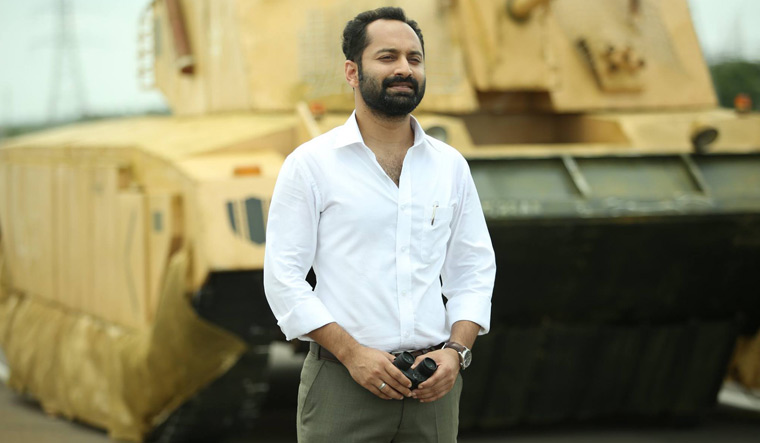 Prominent south Indian actor Fahadh Faasil has come out in support of the students of Kerala's KR Narayanan National Institute of Visual Science and Arts, who have been agitating against the alleged caste discrimination in the institute.

During the promotion of the upcoming movie Thangam, the actor was asked about his stand on the issue. While most of the mainstream actors and film personalities, except Aashiq Abu, Kamal, Mahesh Narayanan, Jeo Baby, and Sajitha Madathil, remained silent on the issue, Fahadh Faasil said he supports the protesting students.

"I am with the protesting students. Everyone started actively discussing the issue, and a solution started evolving. The chairman of the institute has resigned. Hope the issue will be resolved soon, and the students can return to their studies," the actor said.

Meanwhile, on Monday, Kerala Higher Education Minister R Bindu said the issue at the institute has been resolved and academic activities will begin soon.

On Saturday, the director of the Kerala government-run institute Shankar Mohan resigned from his post, weeks after a section of students and staff alleged caste discrimination among other complaints against him. The issue came to the fore after some cleaning staff of the institute complained that the director's wife used to make them clean the toilets of her residence. In the wake of the allegations, the higher education department committee had recommended changing the director and conducting an investigation into the allegations against him.

The minister assured that the new director will be appointed soon. The seats that are reserved for students from backward communities will be filled soon, and the criteria for reservation will be decided by the government, she added.

She further said the government will ensure that students are represented in the higher committees at the institute.

The minister decried the move to use the cleaning staff of the institute for personal work at the director's house and said steps will be taken to ensure such tendencies are not repeated.

The students had moved court requesting solutions for 14 demands. The minister said there will be steps taken to settle these demands.

The protesting students thanked everyone who cooperated with them and clarified that they will not cooperate with the institute's chairman Adoor Gopalakrishnan.

Gopalakrishnan, a Dadasaheb Phalke Award winner, had come under fire for allegedly backing Mohan and made a "slacker" comment against one of the teachers who supported the students' protest.

He was also widely criticised by a section of social media users for his stand on the issue.