'There was a war against Meghan': All about Netflix's tell-all docuseries 'Harry & Meghan' 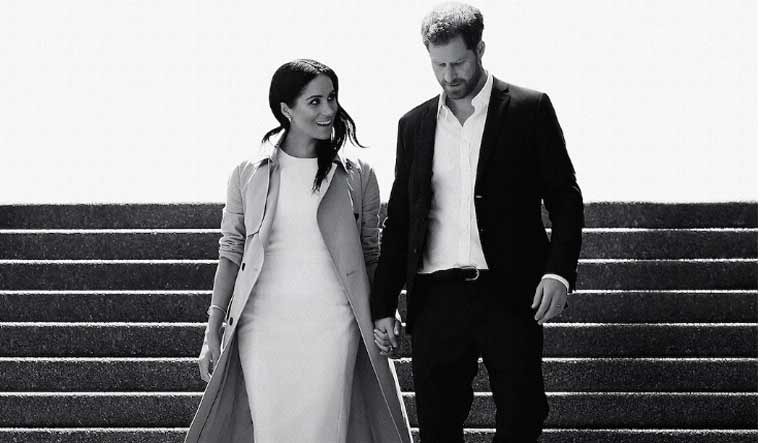 Prince Harry and Meghan Markle have been in the news ever since their fairytale wedding. One of the world's most high-profile couples, Harry and Meghan shocked the world with their controversial announcement to step down from royal duties.

In 2020, after they shifted base to the United States, the couple sat down with talk-show host Oprah Winfrey for a tell-all interview about their decision to distance themselves from the royal family. The interview threw light on  Meghan's mental health, and how she struggled inside the royal family and under the constant gaze of the paparazzi. After the interview aired, their relationship with the senior royals strained further.

And now, with Netflix's upcoming docuseries, Harry & Meghan, the couple is not holding up from discussing the “other side” of their much-talked-about love story. In the trailer dropped by Netflix, Harry says: “There’s a hierarchy of the family… There’s leaking, but there’s also planting of stories… It’s a dirty game… The pain and suffering of women marrying into this institution, there’s a feeding frenzy.”

As Harry talks about his fears of “history repeating itself”, the trailer cuts to visuals of his late mother, Princess Diana, being hounded by the media and the paparazzi wherever she went. Diana died in a tragic car accident while trying to flee the paparazzi in Paris, in August 1997.

The trailer opens with a voice saying, “There was war against Meghan to suit other people’s agendas”—setting the tone for the docuseries. In another sequence in the trailer, Meghan breaks down as she says: “I realised they are never going to protect you.” There are also references to racially-motivated attacks against Meghan.

The documentary comes at a difficult time for the royal family, especially after the death of Queen Elizabeth II. The first three episodes of the six-episode-documentary will arrive on Netflix on December 8, followed by part two on December 15.