She is busy shooting upcoming movie of Hansal Mehta 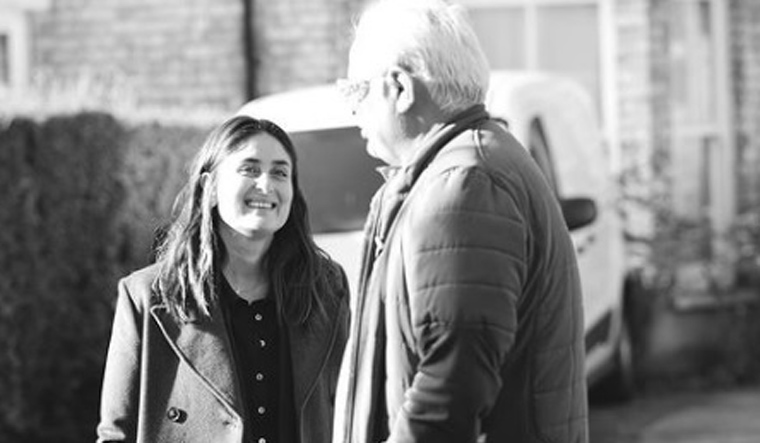 Bollywood actor Kareena Kapoor called herself "a director's actor" as she posted a few pictures with noted director Hansal Mehta. The actor has been shooting in London for Mehta's upcoming movie, which is yet to be titled.

In one of the photos that she posted, the actor is seen immersed in a conversation with Mehta.

"A director's actor... always. Easy, sharp, instinctive and cool... been an absolute pleasure... Hansal Mehta. This one is special guys. Mumbai see you soon," the actor wrote, posting the pictures.

Earlier, she had shared a few photos from the set of Mehta's movie in London.

"Dover Diaries❤️United Kingdom 2022❤️Always a mood on set," she wrote.

According to media reports, Kapoor is also co-producing the movie which is being directed by Mehta.

The actor was last seen in Laal Singh Chaddha, opposite to Aamir Khan.