Ponniyin Selvan and its regal line of timeless jewellery

Designer Pratiksha Prashanth talks about the jewellery used in PS 1 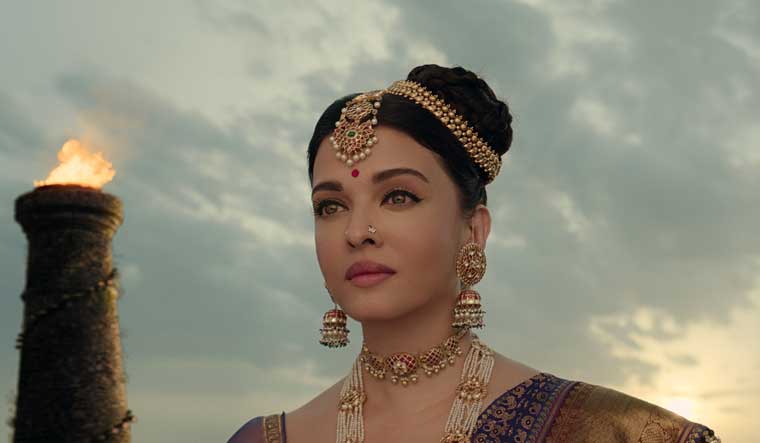 The posters of Ponniyin Selvan 1 show Trisha Krishnan decked up in beautiful jewellery, from her hair bun to long chains and the necklace around her neck.

As the queen of Pazhuvoor, Aishwarya Rai looks different on each poster - elegantly dressed with jewellery on one while another has her wearing an Andal bun and long chains.

Kundavai and Nandhini, the two beautiful lead characters of  Ponniyin Selvan, have been brought alive onscreen just like how author Kalki Krishnamurthy created them, thanks to Pratiksha Prashant, the jewellery designer. 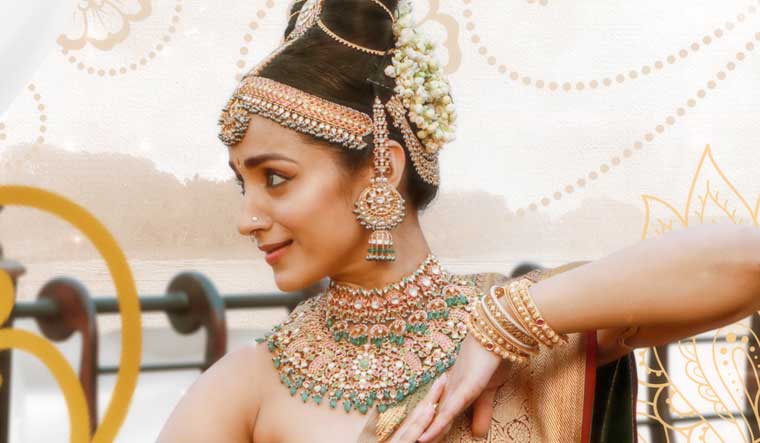 When Pratiksha first walked into the world of PS 1, it was a one-off experience. As a traditional jeweller who never had any idea of cinema, Mani Ratnam and his team opened up a new world of creativity.

"In 2019, much before the shooting began, designer Eka Lakhani called me one day and told me about the opportunity. We at Kishan Das are traditional jewellers and I have never been on such cinema projects," Pratiksha, creative director and CEO of Hyderabad-based Kishandas and co, tells The Week.

Along with Eka, Pratiksha travelled to several places in Tamil Nadu where the story is set, particularly to the temples. She got photos of the sculptures, read the book and got artisans to make the sketches of each character. As the book mentions a trade route between the Chola kingdom to Burma and the Burmese trade, Pratiksha used Burmese ruby for lead characters played by Aishwarya Rai and Trisha Krishnan.

She got the know-how from the research team at Mani Ratnam’s Madras Talkies, which included historians who studied the motifs and styling of the Chola dynasty including details such as the Cholas following Shaivism, their tiger emblem. She then crafted a detailed brief of each character with specific, real identities.

After the research team gave the description, six jewellery designers from Kishandas further studied how to create jewellery specific to the era and the characters, considering clothing, hair styling, make-up, and the elements specific to each of the characters.

Every piece of jewellery was handcrafted by a team of 50 artisans to enhance the beauty of each character. Around 400 pieces of real jewellery were handcrafted for the lead, secondary and tertiary characters who were a part of court celebrations, dance, and battle scenes. The team of craftsmen and Pratiksha worked for over six months, right from studying history and researching the look of the characters. And every aspect of temple jewellery production, including moulding, filing, and finishing, was done by hand. “It is all real jewellery. The ruby stones, diamonds, silver and gold are all real. It is because Mani Ratnam was looking for perfection in every bit of the film,” recalls Pratiksha.

While dressing up Trisha and Aishwarya were easy in terms of their earrings and necklaces, the most challenging was getting jewellery for their hair bun. And, then there were the waist belts, hip chains, armlets, 'vankis,' made in various styles to complement the costumes, and hair accessories based on the elaborate hairstyles, buns, and hairdos specified for each character.

"We had to measure the size of the hair bun and the angle to design the jewellery. And when it differed in each scene, the jewellery also changed," tells Pratiksha. For characters like Vanathi and Poonguzhali, though the jewellery was simple, the design was different. For Poonguzhali, it was silver and made of thread.

Traditional jewellery like nose pins, 'vankis,' armbands, 'vaddanams,' hair pieces and neck pieces with traditional motifs were created after lots of research. The ornaments inspired by temple jewellery like 'thussis,' long and medium necklaces, 'maang tikas,' 'maatha pattis', 'jhumkas', rings and bangles made in gold were handcrafted using Burmese rubies, emeralds and uncut diamonds. Each piece was created to blend well with the costume, and the hair styling. The motifs used were mostly flowers, birds, lotus, peacocks, parrots, gods, goddesses and filigree work on the jewellery which is relevant to the Chola era.

The jewellery created for men in the film - Vikram as Aditya Karikalan, Karthi as Vanthiyathevan, Jayam Ravi as Arulmozhivarman and the other supporting cast - included rings, armlets, belts, and body chains. While 'kadas' were created for scenes in the royal Darbar, armbands were made to be worn over the armour for war sequences.

And, dressing up certain characters like the Periya Pazhuvettarayar required much flamboyance. “We made the waist belts in different styles, not only as an ornament but also as an accessory to hold the dhoti for the male characters. You know Mani sir did not go for stitched dhotis. He wanted the men to use the real dhotis,” Pratikha adds.