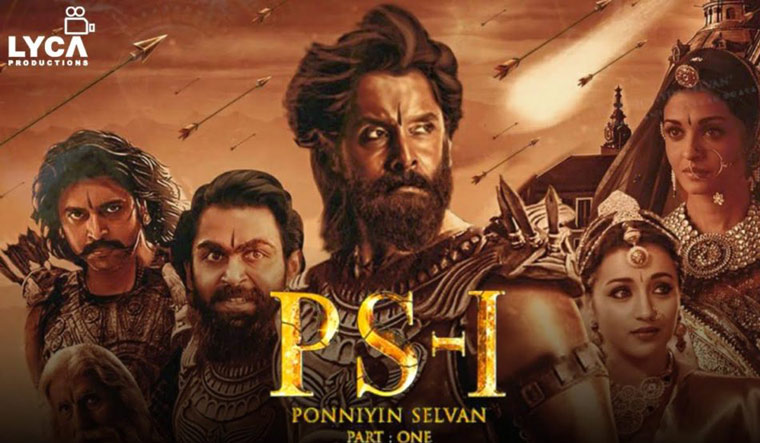 My tryst with Kalki began at the age of 14, when I was waiting for my 10th standard results. A guest at home, who came in after his morning walk, gave me the first volume of Ponniyin Selvan, had asked me to read it instead of spending time with the chess board. Of course, if he had not gotten me the book, I would have now become a professional chess player, rather than a journalist.

Ponniyin Selvan was my first book. Volume after volume and at the end of the 293rd chapter, when I had finished reading the book, hero Arunmozhi Varman aka Raja Raja Chola, as a man who believed that power alone doesn’t bring respect, stood a tall figure in my mind.

Kalki R Krishnamurthy with a blend of real characters and venues in Ponniyin Selvan, enthralled me as a reader. It opened up a fascinating mysterious world of friendship, love, romance, valour, intrigue, conspiracies and treachery for me. Kalki actually held my little finger and led me to every non-descriptive place in the delta region, the then empire of Cholas and built every character in the novel. The novel may not be the real story of the Cholas. But the lucid writing of Kalki, how he builds up the characters and places is such that it became intertwined with the Tamil identity. And 70 years later, the long wait to watch the magnificent historic novel transform visually on the silver screen has come true.

For me watching Ponniyin Selvan would only be an attempt to compare if Mani Ratnam and his team have brought the characters and descriptions of places alive as described by Kalki. “We did not have much to do when it came to the on-screen adaptation of the novel. We have retained the heart of the book. For those who haven’t read the book, PS 1 will open a new adventure and journey,” says ace director R Mani Ratnam.

It all began in 2019, just before the pandemic, when Mani Ratnam decided to transform Kalki’s novel into a feature film. “The creative impetus came from the director. Mani Ratnam had been wanting to make this film for a long time. To be honest, if you are from the Tamil landscape and if you have read Kalki, PS 1 will be a magnificent transformation of the book,” Siva Ananth, executive producer of PS 1 told The Week.

Before getting into the floors, Siva tells that Mani Ratnam and his team got into wide research — not just reading the book, but also visiting the places Kalki mentions. Reading and researching the sculptures in and around Thanjavur and other regions, referring to several history books, chatting with historians who have documented the life of the Cholas and also analysing every character mentioned by Kalki was done.

According to Siva, a lot of thought was put to get the best aesthetics, mechanical gadgets and engineering for the sets. “It goes without saying that the better you prep for a film, you save a lot of time on the set. For a big film like this, the break was much longer because some departments had to start many months in advance. For example, the team that was scouting for locations, started probably a year before we could potentially go to shoot while the writing work,” recalls Siva. A part of the film is shot at Krabi, Kanchanaburi and several other locations in Thailand, Ramoji film city in Hyderabad, Chennai and Puducherry.

Before getting onto the floors, Mani Ratnam and his team got into an exhaustive casting process to choose the faces for each character as described by Kalki.

PS 1 has 15 lead characters, from the hero Arunmozhi Varman played by Jayam Ravi, Vanthiyathevan played by Karthi, Kundavai played by Trisha Krishnan, Nandhini played by Aishwarya Rai Bachchan, Aditha Karikalan played by Vikram, amongst others. “Getting the right cast itself was half the work done,” tells Mani Ratnam. A team of historians and researchers did all the reading and travelling to research the costumes and dress up each character.

Not just the research, but even the actors who played the lead roles had to do a lot of learning before getting into the sets. For instance, Karthi for playing the role of Vanthiyathevan the warrior-messenger, he had to learn how to run, swim and even ride a horse with heavy armour.

As a fan of Kalki’s magnificent writing, I feel the film will find a new audience for the epic Tamil historical fiction.