Season 2 of 'Masaba Masaba' is a delight to watch

Both Neena and Masaba struggle to stay afloat in changing times 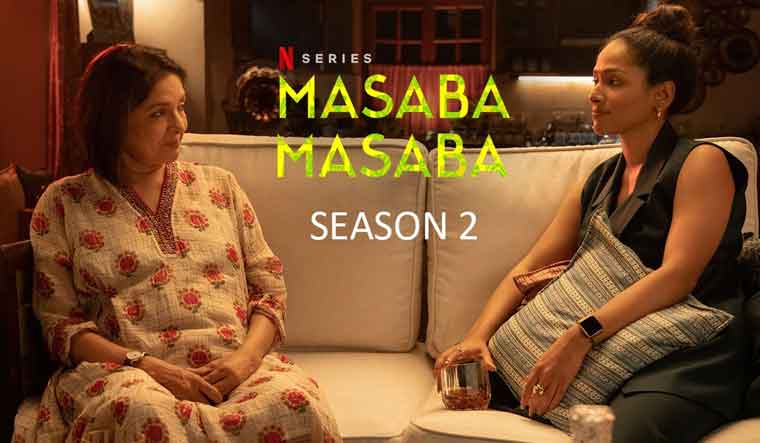 Fashion designer Masaba Gupta goes through a whirlwind of emotions and even a hoe phase after her divorce. In season 2 of Netflix series Masaba Masaba, we find her losing herself in a labyrinth of love, passion and dreams and figuring out what she wants in life.

As in season 1, Masaba enlivens the series with her infectious energy. She plays the role of the designer who wants to make it big with elan.

What makes Masaba Masaba all the more endearing is that the mother daughter duo of Neena and Masaba Gupta play themselves in it. The series depicts them as flawed human beings and echoes their fears and insecurities. Both Neena and Masaba struggle to remain relevant and stay afloat in changing times.

Masaba says “ I have to work ten times harder if I have to keep up with these newbies.” That does not stop her from pursuing her dreams relentlessly. While rebooting Fursat, Neena wants to cast someone in her husband’s role. She is told he is too young to play opposite her. “Isn’t he two years older than me?” she asks hopefully. Both the mom and the daughter reinvent themselves. Masaba launches House of Shaadi. Neena also moves with the times. Masaba Masaba is a tribute to their never-say-die spirit.

The Netflix series also shows the other side of success. Work-life balance is so difficult to achieve in this day and age. Masaba immerses herself in work completely after her divorce and reaches a state wherein she doesn’t feel anything.

Rytasha Rathore who plays Gia lives her character. The series deals with mental health issues like depression, body image and egg freezing and is a must-watch for every Indian girl. Neil Bhoopalam as Dhairya Rana and Armaan Khera as Fateh are perfect.

Masaba receives a call from her dad Sir Vivian Richards as she is at a crossroads in her life. Apparently, the stage is set for Viv Richards to make a cameo in season 3.

Be it the cameos or the breathtaking scenery of Kashmir, Masaba Masaba season 2 is a delight to watch. Masaba and Neena’s bright and beautiful outfits add to the visual appeal of the series.