TM Krishna shared a video of the actor speaking in Tamil 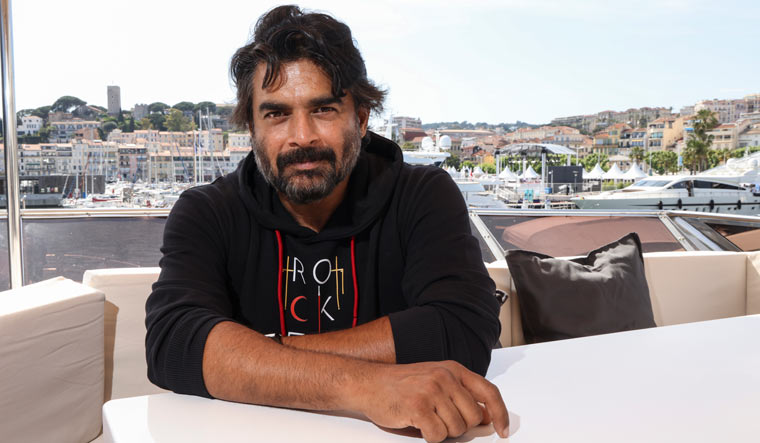 Actor Madhavan, who is awaiting the release of his film Rocketry: The Nambi Effect on July 1, is trending on Twitter for his recent comments on India's Mars mission. Carnatic musician TM Krishna kickstarted the conversation after he shared a video of Madhavan speaking in Tamil, and translated the actor's comments.

In the video, Madhavan says the scientists at ISRO relied on the panchangam (Hindu almanac) to precisely launch the Mars mission. Taking at dig at Madhavan, Krishna tweeted that such vital information should be published on the national space agency's website.

Krishna wrote in the Twitter thread: "In case you do not understand Tamil the gist is Indian rockets did not have 3 engines ( solid, liquid and cryogenic) that helps western rockets propel themselves into mars orbit. But since Indian lacked that they used all the information in the panchangam (hindu almanac) (sic)." He further said: "It has the celestial map with all information on the various planets, their gravitation pulls, sun's flares deflection etc, all calculated perfectly 1000's of years ago and hence the micro-second the launch was calculated using this panchangam info."

Disappointed that @isro has not published this vital information on their website https://t.co/LgCkFEsZNQ
Time to also consider a Mars Panchangam! https://t.co/VsD0xmswR9

This triggered a debate about Indian scientists and the truth behind such claims. While some ridiculed Madhavan's claims for belitttling acheivement's of scientists, there are others who slammed Krishna too. Responding to Krishna, a Twitter user said: "I haven’t seen any ISRO scientists ridiculing him. Moreover, he must have got this information from Nambi Narayanan or Mr Arunan. Why don’t you check with your sources before just tweeting to get a few likes!!! (sic)."

Of course it is not accurate, it was made thousands of years ago. Madhavan could have avoided making such exaggerated claims. I dont get why Hindus need to prove that Hinduism is scientific. You can be proud of your culture without the need to prove science in it.

Rocketry is a biopic of Nambi Narayanan,  former ISRO scientist and aerospace engineer who was falsely accused of espionage. Madhavan, who essays the title role, has also written, directed and produced the film.