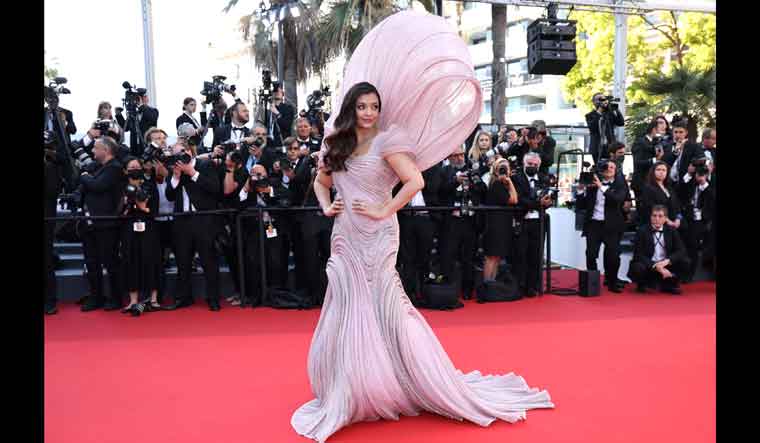 Aishwarya Rai poses for photographers upon arrival at the premiere of the film 'Armageddon Time' at the 75th international film festival, Cannes | AP

Aishwarya paired the Venus-inspired sculpted gown with minimalist accessories and subtle makeup. The ensemble, described by Gupta as 'The Birth of Venus', is adorned with glass beads, crystals and intricate embroidery.

On her first day on the red carpet, Aishwarya wore a black Dolce and Gabbana ballgown with 3D flowers attached. However, not everyone on the internet was pleased with the look. Aishwarya also appeared in fuschia pink pantsuit, and paired with platform shoes of the same colour.

Aishwarya, who has been a regular at the Cannes film festival, was accompanied by husbnad Abhishek Bachchan and daughter Aaradhya.