Netflix show ‘Mai’ is one of its kind, unlike anything made so far, say creators of the series 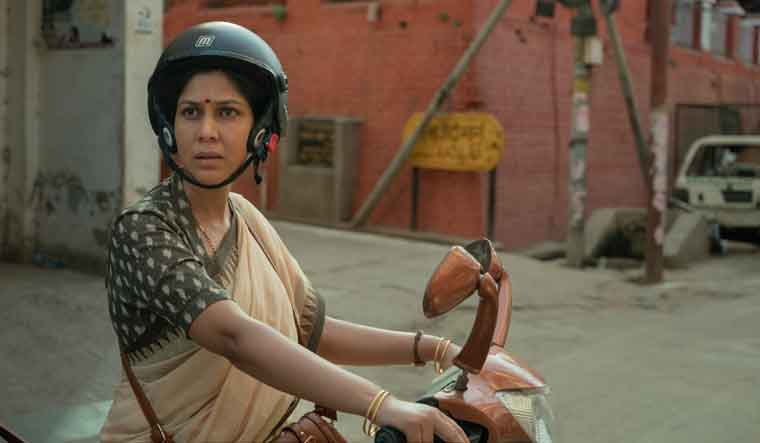 Netflix is coming up with its next original, Mai that has Sakshi Tanwar in the lead role as a grieving mother who transforms from being meek to merciless after her daughter's tragic murder.

In a Zoom interview, creators of the show, Atul Mongia and Anshai Lal, speak about their journey and how Mai came about. While, Atul Mongia who has been a casting director for seven years before he decided to quit and focus on writing the script for Mai, Anshai who came back into the public eye after a while post Phillauri says Mai is a "one of its kind story that is unlike anything made so far."

Netflix's India series head Tanya Bami refers to Mai as a hybrid between a thriller and a drama and admits that ever since Netflix entered India, the streaming service has been betting big on India Originals. "Nothing matters to us more than succeeding in India," says Bami. In the past four months, the platform has had eight to nine launches of its India Originals. "We are coming up with many more originals and true crime documentary series this year," says Bami. Netflix has released 85+ orignals since its launch in India.

Excerpts from a roundtable with Atul, Anshai and Bami:

How did the very idea of Mai come into being?

Atul: It almost came about as an accident.  In 2015, I was writing a film for myself and I had been doing it for six to seven months and needed a break. But when I took a break, I still wanted to keep writing something and this was an idea in my head for a long time. Just for the fun of it I thought of writing it in the form of a show. And that is how it began. It came about in ten days that I wrote it and that happened in 2015. Then, in 2018, Karnesh Ssharma and I had been discussing doing something for the last couple of years and that is when suddenly I remembered that I had written something that would be of interest to Netflix as a show. Karnesh and I then pitched that to Netflix in 2018.

Anshai, we are seeing you after a long time post Phillauri. Where had you been all this while and what brought you to Mai?

Post Phillauri, I was working on a project which didn't take off. I also worked as a creative producer for Bulbul. Atul and Sakshi had already been working together at the time when I entered the fray in late 2020. There  is a scene in the trailer where Sakshi has a danda (lathi) in her hand and says Meri beti ko kisne maara, batao. And once I saw that I just knew I had to be a part of it. The script of course was very good and such scripts don't come by too often so I did not want to pass on such an opportunity.

The plot revolves around a mother's revenge for her daughter's death. Is it inspired from any real-life event?

Atul: What fascinates me about my mother’s native place, Shajahanpur in Uttar Pradesh, where I spent my summer vacations, is the fact that you will find the worst kind of people there, including criminals and gangsters, and you will also find the best and nicest people in that state. So, the state of UP is such that the best and the worst co-exist together and that excites me. That is the theme I have explored in Mai —how a woman from a very simple and loving family, is pushed into the other, darker side of UP because of her circumstances and how she navigates all these diverse worlds of the good and the bad.

What are the trends we can expect on Netflix in the coming months?

Bami: During the lockdown and shortly after, we saw that there is an uptake for lighter content. We did see comedy as the top performing genre during the lockdown. But the trend that comes immediately after is crime thrillers.

Is there anything common between the storylines of Mai and the other film, MOM, which featured late actress Sridevi?

Anshai and Atul: None of us have watched MOM. But we are sure this story is different.