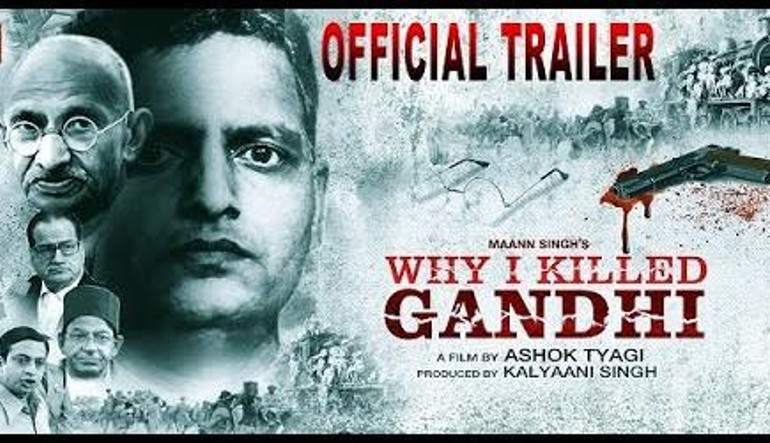 The Congress, on Monday, appealed to Maharashtra Chief Minister Uddhav Thackeray to stop the upcoming telecast of the movie Why I killed Gandhi on January 30, saying it will strengthen racist tendencies.

NCP MP and actor Amol Kolhe is playing the lead role of Mahatma's assassin Nathuram Godse in the movie, to be released on January 30, the death  anniversary of the Father of the Nation.

In a letter to CM Thackeray, Maharashtra Congress chief Nana Patole said that the movie Why I killed Gandhi will be released in theatres and OTT platforms on January 30, the death anniversary of Mahatma Gandhi, which is observed as the National Unity Day, for (upholding) communal harmony world over.

“On one hand, Gandhiji's death anniversary is observed for non-violence and peace. On the other hand, 'Why I killed Gandhi' is being released. This will give strength to racist tendencies. The Indian culture has always opposed inhuman acts. This is why this movie should not be released in state's theatres and OTT platforms,” Patole stated in his letter.

The Congress is one of the constituents of the Shiv Sena-led Maha Vikas Aghadi (MVA) government apart from the Nationalist Congress Party (NCP).

However, NCP chief Sharad Pawar had supported Kolhe, saying the latter's decision to act in that movie should be seen as an artist's choice. "If he played that role, it doesn't mean he subscribes to Godse's ideology or views," Pawar had told reporters on Friday.

Patole also hit out at the BJP-led Central government for dropping Mahatma Gandhi's favourite hymn ‘Abide With Me’ from this year's Beating Retreat ceremony on January 29.

‘Abide With Me’, written by Scottish Anglican poet and hymnologist Henry Francis Lyte in 1847, has been part of the Beating Retreat ceremony since 1950. For this year's ceremony, the hymn has been replaced by the popular patriotic song ‘Ae Mere Watan Ke Logon’, which was written by Kavi Pradeep to commemorate the supreme sacrifice made by Indian soldiers during the 1962 Indo-China war.