Nothing objectionable was found in WhatsApp conversations, HC said 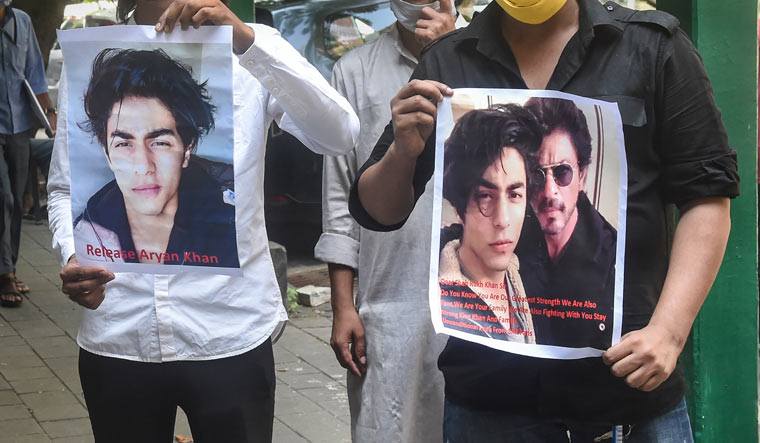 There is no evidence of a conspiracy between Aryan Khan and co-accused Arbaaz Merchant and Munmun Dhamecha to commit drug-related offences, the Bombay High Court stated in the detailed bail order released on Saturday.

The HC said that nothing objectionable was found in WhatsApp conversations between them. "There is hardly any positive evidence on record to convince this Court that all the accused persons with common intention agreed to commit unlawful act," the order read.

The Court said that merely because the accused were travelling on the cruise, cannot be a ground to invoke the offence of Section 29 against the accused, Bar and Bench reported.

The court has observed that confessional statements recorded by Narcotics Control Bureau cannot not be cited as evidence. In the order, Justice Nitin Sambre stated that the accused were not even subjected to a medical examination so as to determine whether at the relevant time.

Bollywood superstar Shah Rukh Khan’s son Aryan, who was arrested by the NCB in the drugs-on-cruise case on October 3, was granted bail on October 28. He walked out of the Arthur Road Jail on October 30.