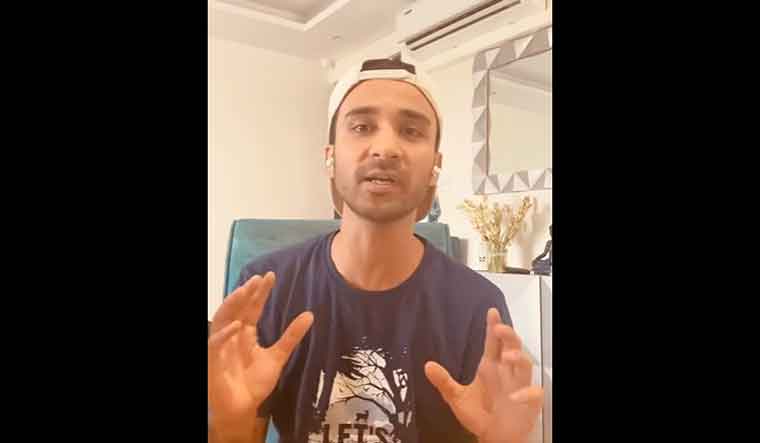 Purported racist comments by a host of a television reality show against a participant from Assam has sparked outrage, with Chief Minister Himanta Biswa Sarma on Tuesday calling it a "shameful" incident and asserting that racism has no place in the country.

In a video clip that has gone viral, Raghav Juyal, host of 'Dance Deewane' show aired on Colors channel, was seen introducing a young participant from Guwahati in a "Chinese" gibberish, using words like 'momo' and 'chowmein'.

Judges of the show, including actor Madhuri Dixit and choreographer Remo D'Souza, along with the audience were seen laughing at this.

Juyal, however, later shared another video on Twitter where the participant, Gunjan Sinha, was seen telling Dixit that she likes to speak Chinese and then the host shares some light moments with the participant by conversing with her in the gibberish.

"This is what happened actually," Juyal said in the post.

Reacting to the controversy, Sarma tweeted, "It has come to my notice that a popular reality show host has used racist rhetoric against a young participant from Guwahati. This is shameful and totally unacceptable. Racism has no place in our country and we should all condemn it unequivocally."

TIPRA chairman Pradyot Bikram Manikya Deb Barma also condemned the incident and tweeted, "A third rate comedian - making an insensitive audience laugh! Then these people justify and question us Northeastern people why we don't feel like we are part of mainstream India?"

He said the fact that the audience laughed and clapped at this "terrible joke" is more saddening.

"HQ Cyber Cell team @assampolice pls look into it! Sheer ignorance on the part of those involved!" Bishnoi tweeted.

All Assam Students' Union (AASU) chief advisor Samujjal Kumar Bhattacharjya also expressed his anguish and tweeted, "We have time &amp; again been treated as objects of ridicule for not looking 'Indian' enough. Discrimination based on racial profiling is tormenting."

"NE is not a repository of rich resources or exotic culture alone.@ColorsTV &amp; @TheRaghav_Juyal's racist slurs are condemned &amp; punishable," he added.

Netizens have condemned the incident and demanded an unconditional apology as well as police action against the show and the host.