‘If these are facts it’s truly sad’: Hrithik Roshan on Aryan Khan case

Hrithik had earlier penned an open letter for Aryan 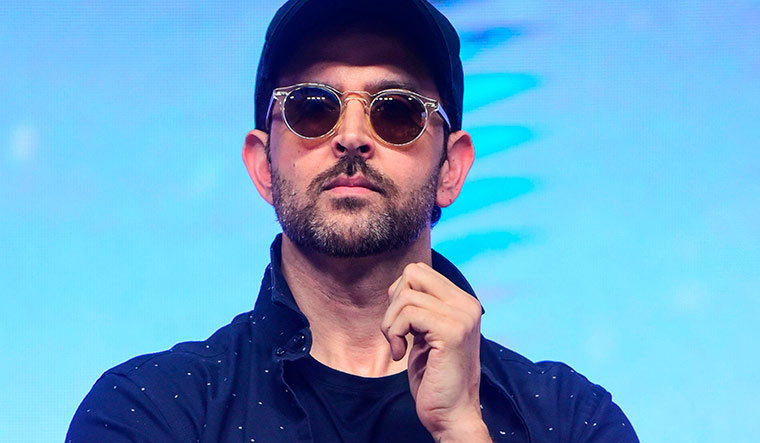 Bollywood actor Hrithik Roshan, who had recently penned down a note for Aryan Khan after his arrest, has once again expressed support for him.

Sharing a video clip of journalist Faye D’Souza’s interaction with senior Supreme Court advocate Dushyant Dave, Hrithik wrote: “If these are facts it’s truly sad.” Faye was seen confronting the advocate on much talked-about topics like conduct of the officers, the Narcotics Control Bureau's case and denial of Aryan’s bail pleas.

In the video, Dave mentioned how Justice Nitin Sambre, who is hearing the bail plea in the Bombay High Court, had earlier allowed bail to men who were found in possession of drugs. Dave said Aryan should be released straight away, adding that for Aryan to stay in custody for 24 days even without possession or consumption of drugs is ‘evil’.

He added: “There is no doubt in my mind that the Narcotics Control Bureau and other central agencies have singularly failed to really counter and much less stop the narcotics trade in this country.”

Aryan, who was arrested in the drugs-on-cruise case on October 3, has been denied bail multiple times.

Hrithik had earlier penned an open letter for Aryan. It read: “My dear Aryan. Life is a strange ride. It’s great because it’s uncertain. It’s great cause it throws you curve balls, but God is kind. He gives only the toughest ones the toughest balls to play. You know you are chosen when amidst the chaos you can feel the pressure to hold your own. And I know you must feel it now. The anger, the confusion, the helplessness. Aaah, the very ingredients that are needed to burn the hero out from inside you. But be wary, those same ingredients could burn away the good stuff... the kindness, the compassion, the love (sic).”

“Allow yourself to burn, but just enough.. Mistakes, failings, victories, success... they’r all the same if you know which parts to keep with you and which parts to throw away from the experience. But know that you can grow better with them all. I’v known you as a kid and i’v known you as a man. Own it. Own everything you experience. They’r your gifts. Trust me. In time when you connect the dots... I promise you , It’s gonna make sense. Only if you have stared the devil in his eyes and kept your calm. Keep calm. Observe. These moments are the makers of your Tom. And Tom is going to have a brilliant sun shining. But for it, you must go thru the dark. Calm , still , owning your own. And trusting the light. Within. It’s always there,” he added, ending his note with, “Love you man.”

On the workfront, Hrithik is working on his upcoming projects Krrish 4 and Fighter. He is also expected to sing one of the songs in Krrish 4.