Loved 'Squid Game'? Here are 10 other Korean dramas to watch on Netflix

Squid Game is estimated to be worth almost $900 million 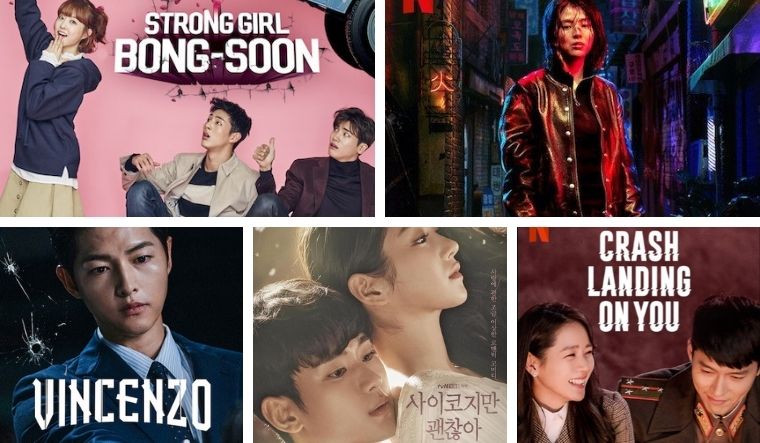 Long before Squid Game was ranked Netflix's top-ranking show in 90 countries, Korean culture was already creating waves. Be it the famous boy band BTS or the 10-step skin care routine, various facets of Korean culture have gained popularity across the world.

In fact, the term ‘Hallyu’ or ‘The Korean wave’ was coined to explain the global popularity of Korean culture. Swiri, an inspiring movie about North-South Korea espionage that was released in 1999, was one of the first works to put 'Hallyu' on the map. Autumn in My Heart (2000), My Sassy Girl (2001) followed Swiri to contribute to the Korean wave. Since then, 'Hallyu' has become one of the biggest cultural phenomena.

And now, Korean thriller series Squid Game is making global headlines. The nine-episode series recently crossed 111 million views worldwide and became the most watched original show after its launch last month. The series is all about a contest between 456 debt-ridden individuals who play kids' games for a hefty prize money. Little do they know that losing a game will cost their life. Squid Game is estimated to be worth almost $900 million according to a report by Bloomberg. The show that was produced at an approximate cost of $21 million is cheaper than many other Netflix series.

The streaming giant estimated that 89 per cent of people who streamed Squid Game watched at least 75 minutes and s 66 per cent of viewers (87 million people) finished the series in the first 23 days of it being online.

If you are are a fan of Squid Game, here are some of Netflix’s popular Korean dramas that would make you squeal, cry, and laugh with their intense, funny, romantic and suspenseful plots.

The story revolves around Yoon Jiwoo, a revenge-driven woman who puts her trust in a powerful crime boss and goes undercover as a cop. The series, directed by Kim Jin-min, features Han So-hee, Park Hee-soon and Ahn Bo-hyun. Three episodes out of eight were screened at 26th Busan International Film Festival in the newly created 'On Screen' section, on October 7.

This rom-com series is about Yoon Hye-jin (Shin Min-a), a dentist who loses her job after righteously accusing the clinic's head doctor of overdoing patients' treatment for profit. She embarks on a trip to the idyllic seaside village of Gongjin, where she meets jack-of-all-trades Hong Du-sik (Kim Seon-ho). He is held in high esteem in the village as he takes care of the elders and does not shy away from any odd jobs. By chance, the paths of the two people cross several times and they take a liking to each other.

This crime drama is about Park Joo-hyung (Song Joong-ki) who joins the mafia and is adopted by Don Fabio, head of the Cassano Family. After his adopted father’s death, he flees to Seoul as attempts are made to kill him by his dad’s biological son. On his journey to recover 1.5 tons of gold, he meets the female lead Hong Cha-young (Jeon Yeo-been). Later, both of them join forces with the other tenants to fight the Babel Group.

4. Crash Landing on You

A South Korean heiress (Son Ye-jin) goes paragliding and accidentally ends up on the wrong side of the DMZ (the Demilitarised Zone that separates the two Koreas). She is rescued by a captain in the North Korean Special Police Force, Ri Jeong-hyeok (Hyun-bin). Predictably, they fall in love, and he must keep her identity a secret and get her back home before anyone finds out who she is.

Moon Gang-tae (Kim Soo-hyun) who lives with his older autistic brother Moon Sang-tae (Oh Jung-se) works as a caretaker in a psychiatric ward. There he meets a famous children's book writer, Ko Moon-young (Seo Yea-ji), who is rumored to have antisocial personality disorder.

Circumstances lead Gang-tae to work at the OK Psychiatric Hospital in Seongjin City, the same city where they all lived when they were young. Meanwhile, Moon-young forms a romantic obsession for Gang-tae after finding out that their pasts overlap. On their journey of life they unravel many secrets, seek comfort from each other and move forward in their lives.

Lee Gon (Lee Min-ho), a modern-day Emperor of the Kingdom of Corea, attempts to cross the barrier into an alternate reality where the Republic of Korea exists in the Kingdom's stead. He comes across detective Jung Tae-eul (Kim Go-eun), whom he recognises from an identity card he obtained during the turning point of his childhood i.e his father's assassination. Lee Gon's half-uncle, Lee Lim (Lee Jung-jin), who assassinated the previous king, Lee Ho (Lee Gon's father), is in hiding and assembling armies whilst traversing back and forth between the two parallel worlds.

The story revolves around Do Bong-soon (Park Bo-young) who is born with superhuman strength. Her strength is hereditary and passed along only to the women in her family. Her dream is to create a video game with herself as the main character. She desperately wants to become a delicate and elegant woman, which is the ideal type of her crush, In Guk-doo (Ji Soo), a police officer. Thanks to her strength, she gets a job as bodyguard to rich heir Ahn Min-hyuk (Park Hyung-sik), the CEO of a gaming company, Ainsoft. A series of kidnapping cases happen in her district of which she is determined to catch the culprit who targeted her best friend. With the help and training from Min-hyuk, she manages to control her strength and uses it for good causes. Later, Min-hyuk and Bong-soon find their relationship growing. In the pursuit of chasing the kidnapper, viewers are served with a perfect mix of love, action and drama.

8. Guardian: The Lonely and Great God

Kim Shin (Gong Yoo), a military general from the Goryeo Dynasty, is framed as a traitor and killed by the young king. Years after his death, he is cursed by the Almighty to stay immortal forever, enduring the pain of seeing his loved ones die as punishment for the soldiers he killed to protect his country. The only one who can put an end to this is the goblin’s bride, by pulling out the sword. Ji Eun-tak (Kim Go-eun) is a bubbly high school student who remains cheerful and hopeful despite her tragic life. She summons the Goblin by chance and their fates begin to entwine. The Goblin's nephew, Yoo Deok-hwa (Yook Sung-jae), leases the Goblin's house to a Grim Reaper (Lee Dong-wook) and the two end up living under the same roof. Ji Eun-tak starts working a part-time job at a chicken store run by a charismatic young woman, Sunny (Yoo In-na). As the lives of Kim Shin, Grim Reaper, Ji Eun-tak and Sunny interweave, a deeper story unfolds, as they are not just strangers who met by chance, but people with deep-rooted relations.

As the title suggests the drama is all about a few individuals in the world of startup companies which is set in South Korea's fictional Silicon Valley called Sandbox. Seo Dal-mi (Bae Suzy) is a bright and ambitious young woman who dreams of becoming Korea's Steve Jobs. Dal-mi doesn't have a fancy background but she's passionate about her work. She has bright energy and is a person of great vitality, having experience in a wide range of part-time jobs. Nam Do-san (Nam Joo-hyuk), is the founder of Samsan Tech. A ‘math genius’ as a young boy, he was once the pride of his family but became their shame now, as his business sees a decline in the past two years. He finds out that Dal-mi mistakenly remembers him as her first love, so he decides to work his way up in hopes of turning that misunderstanding into reality.

Lee Young-joon (Park Seo-joon) is the vice-chairman of a major corporation. His world is shaken when, one day, his highly-capable secretary, Kim Mi-so (Park Min-young), announces that she will resign from her position after working for nine years. Young-joon then decided to do whatever he can after talking to his best friend, who happens to be a board director in his company, to make sure Mi-so stays by his side. Throughout the journey, Lee Young-joon planned plenty of things while she decides to find the elusive man from a past traumatic experience of her childhood. Kim Mi-so falls in love with Lee Young-joon as they heal each other of their past traumatic experience of being kidnapped.