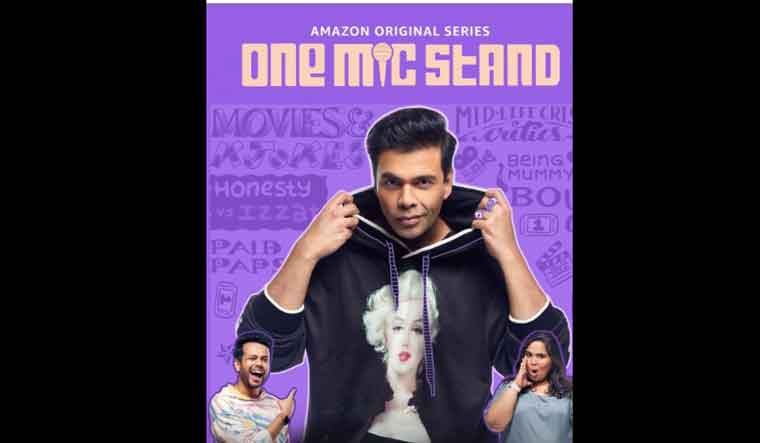 Prime Video on Friday announced that the second season of "One Mic Stand", Amazon's unscripted comedy original, will premiere on October 22.

Every celebrity is assigned a stand-up comedian who will mentor them to perform the stand-up act in front of a live audience.

Aparna Purohit, Head of India Originals, Amazon Prime Video India, said "One Mic Stand" season two is a product of their aim to create "compelling, differentiated and disruptive" formats that can resonate with a wide audience base.

"This raw yet riveting format captured the imagination of the audiences and helped expand the comedy zeitgeist in the country. We are extremely excited to bring season two which brings together a diverse set of celebs who are attempting stand-up comedy for the first time ever. And cheering them are their mentors who are seasoned comics," she said in a statement.

Purohit added that the format of the show is currently being adapted in Germany and the production is underway.

Sapan Verma, creator and host of 'One Mic Stand' season two, said the overwhelming response from the audience for the first season motivated them to make the upcoming season bigger and better.

"Season two brings together a diverse range of talented celebrities who will try their hand at comedy for the first time. You've seen them excel as leaders of their own industries before, but you will get to see a completely different side of them on the show.

"In this season as well, we've got some of the biggest and most experienced comedians from the country mentoring them for their debut. Looking forward to the global premiere of our show on 22nd October," he said.

The series, to be launched as part of Prime Video's festive line-up for 2021, will premiere globally across 240 countries and territories.