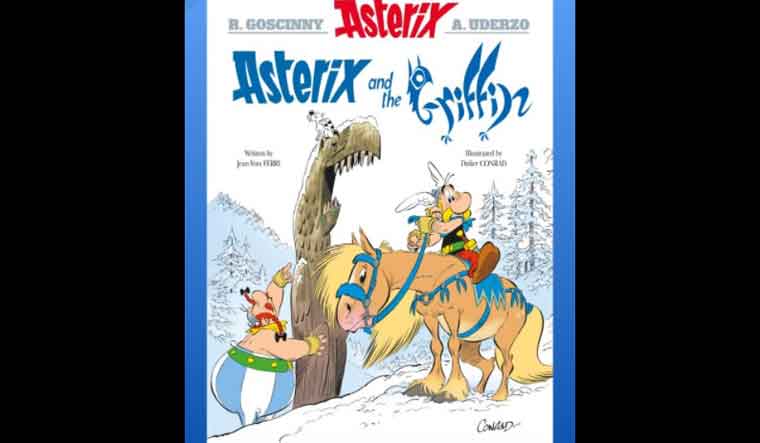 Asterix and Obelix are gearing up to go on their 39th adventure. The new comic, set to release on October 21, revolves around the search for the terrifying griffin. The griffin is described as 'half-eagle and half-lion', who is both 'idolised and feared'.

The cover of the new comic titled Asterix and the Griffin was unveiled in Paris earlier this week. The book is to be released worldwide in more than 20 languages.

Written by Jean-Yves Ferri and illustrated by Didier Conrad, this is the first Asterix book to be released after the death of the comic's co-creator, Albert Uderzo. Uderzo died at the age of 92 in March 2020. Astérix and the Griffin is the last story that Uderzo was able to supervise.

The new adventure takes Asterix, Obelix, Miraculix and Idefix into the 'Barbaricum' in eastern Europe and they meet the Sarmatians. "Astérix has already been in quite a few countries. In this one, he's visiting a 'cold' country. It's new, it sets the tone of this album, which takes place mainly in the snow," Euronnews quoted Ferri as saying. "Historically, we don't know much about them. Herodotus and Livy spoke of the Sarmatians. They were Barbarians, but a somewhat mythical people," he added.

The Asterix series follows the adventures of a village of Gauls as they resist Roman occupation in 50 BC. Asterix was originally serialised in Pilote magazine, debuting in the first issue on October 29 1959. In 1961 the first book Asterix the Gaul was published.