The relationship will be pictured in Nov 9 issue of Superman: Son of Kal-El 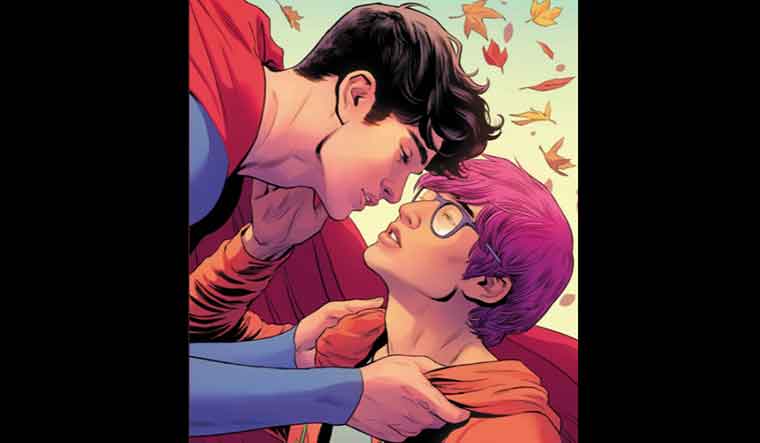 The new Superman, Jon Kent, is bisexual, DC Comics announced on the ‘National Coming Out Day’. Jon Kent, the son of original Superman Clark Kent and journalist Lois Lane, will be pictured in a same-sex relationship with his friend Jay Nakamura in the November 9 issue of Superman: Son of Kal-El.

In an earlier issue, Jon struck up a friendship with Jay - a bespectacled, pink-haired reporter. DC Comics said the pair will become romantically involved in the upcoming fifth issue, after Jon "mentally and physically burns out from trying to save everyone that he can".

“I’ve always said everyone needs heroes and everyone deserves to see themselves in their heroes and I’m very grateful DC and Warner Bros share this idea,” writer Tom Taylor said.

“ Superman’s symbol has always stood for hope, for truth and for justice. Today, that symbol represents something more. Today, more people can see themselves in the most powerful superhero in comics,” Taylor said in a statement.

Excited fans took to social media to applaud the move, and called for more queer representation in comics.

Maybe one day they’ll understand that queer character are not made for teaching kids to be queer, but to teach them that there’s nothing wrong in being who you are and loving who you want to love.#Superman 🏳️‍🌈