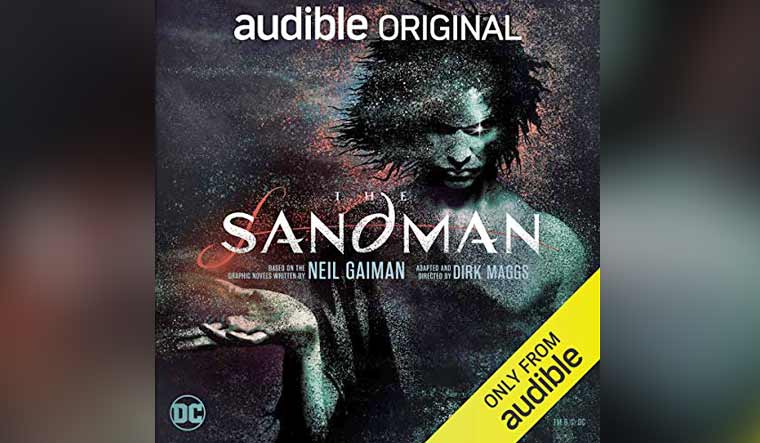 These are some of the epithets used to describe Audible's 2020 audiobook of Neil Gaiman's iconic comic book, The Sandman. The English edition broke records for the most pre-orders of any Audible Original title and earned the distinction of being the best-selling Audible Original in the company’s history. Now the leading audiobook company has announced the Hindi edition of the multi-part original audio drama series, The Sandman: Act I.

It will feature the voices of several Indian celebrities, although the exact cast is yet to be announced.

Comic books hardly get as famous and critically acclaimed as Neil Gaiman's The Sandman which was originally published by DC Comics between 1989 and 1996 and ran for 75 issues. It is widely considered to be one of the greatest comic book series ever written. It tells the story of the Dream King, Morpheus, who escapes his shackles from the occultists to reclaim his power and control over the world of "The Dreaming". Its subject matter concerns the fluidity of the subconscious mind and does not easily lend itself to a linear narrative. This is perhaps one of the primary reasons why screen adaptations of the epic graphic novel have always been a precarious exercise.

A 2013 Warner Bros' film adaptation of the comic book series starring Joseph Gordon-Levitt is yet to see the light of day, while the world awaits the Netflix adaptation of the series as a TV show—which wrapped up shooting in 2021.

The Sandman's audio adaptation (Part 1), which includes the first three volumes of the series, has been positively reviewed, barring few pertinent points as criticism.

"The flaw of the audiobook is that it’s an adaptation where the creators don’t make enough choices. And that flaw is nowhere more conspicuous than in its word-for-word reproductions of The Sandman’s casual violence against queer people and women. These are plot-inessential background elements that easily could have been softened or diminished for a 2020 adaptation," writes one reviewer on video game website Polygon. The point illustrates the practical challenges of adapting a visually rich comic book format to an audio narrative.

The 2020 Part I audio saga of The Sandman was narrated by Gaiman and dramatized and directed by Dirk Maggs and starred James McAvoy who voiced Morpheus. The second part, The Sandman: Act II, for which Gaiman returns as creative director and co-executive producer, dropped on Audible this week on 22 September. "Astonishing numbers of people are downloading and listening to Act II of Sandman on @audible_com. If you like it, TELL PEOPLE - in the real world, if you can, not just on Twitter and suchlike. We are so proud of what we've made, and we want to reach everyone who would love it," tweeted Gaiman the next day.

The Sandman: Act II has roped in more celebrities to take the plot forward and is believed to be less straightforward in its execution than the first part.

The Hindi adaptation of The Sandman: Act I comes on the heels of this announcement. Versions of Act I in French, German, Italian, and both Latino and Castilian Spanish were released in 2021.

Audible is yet to divulge more details about the Indian cast for the Hindi audio adaptation for The Sandman.