"So many incidents in the film from my personal experiences," he said 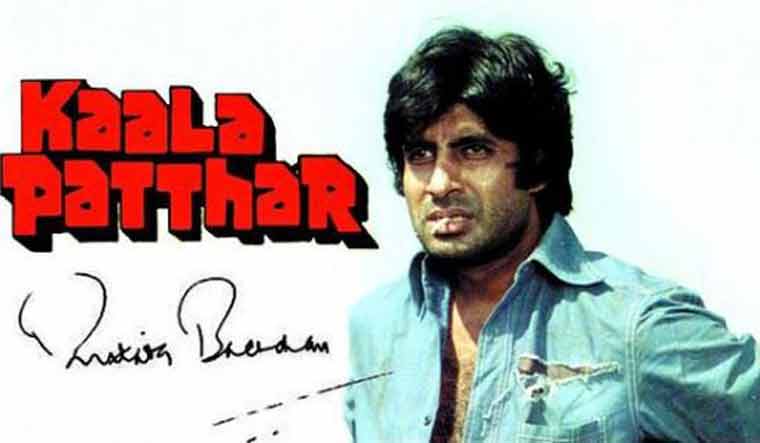 Amitabh Bachchan celebrated 42 years of his Bollywood classic Kaala Patthar on Tuesday. The actor took to social media to share a few stills from the film. The film which showed the plight of people in coal mines was directed Yash Chopra.

The actor took a walk down memory lane and revealed her worked for a few years in the coal mines of Dhanbad and Asansol before he joined films. He wrote: “42 years of KALA PATTHAR .. !!! phew !!! Been a while .. and so many incidents in the film from my personal experiences when I worked in the Coal Dept of my Calcutta Company , my first job before joining the movies .. actually working in the Coal mines in Dhanbad and Asansol …(sic)”.

Based on the Chasnala mining disaster, Kaala Patthar featured Bachchan as an ex-Navy Captain working in a coal mine. In 2018, Bachchan had tweeted that many scenes in the film were recreation of his experiences at coal mines when he worked in Kolkata.The film also featured Shatrughan Sinha, Parveen Babi, Neetu Singh, Sanjeev Kumar, Prem Chopra and Rakhee Gulzar.

Bachchan will next be seen in crime thriller Chehre, along with Emraan Hashmi. Chehre will release in theatres on August 27.