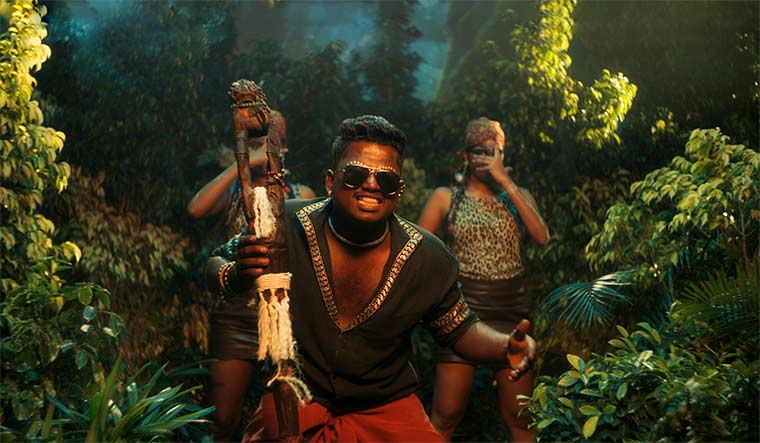 Lyrical king: Rapper Arivu in a still from his video ‘Enjoy Enjaami’.

Tamil filmmaker Pa Ranjith hit out at the Rolling Stone Magazine and AR Rahman's music platform Maajja for not crediting singer-lyricist Arivu on their latest cover. In the latest cover story, the magazine covers songs Enjoy Enjaami and Neeye Oli, but fails to give space to Arivu, who penned the lyrics of both songs. The cover only featured singers Dhee and Shan Vincent de Paul.

Strongly condemning the magazine for excluding Arivu who is most popular for his anti-caste lyrics, Pa Ranjith tweeted on Sunday: “Arivu, the lyricist of Neeyaoli and Singer as well as lyricist of Enjoy Enjaami has once again been invisibilised. Rolling Stone India and Maajja, is it difficult to understand that the lyrics of both the songs challenges this erasure of public acknowledgement?”

@TherukuralArivu, the lyricist of #Neeyaoli and singer as well as lyricist of #enjoyenjami has once again been invisiblised. @RollingStoneIN and @joinmaajja is it so difficult to understand that the lyrics of both songs challenges this erasure of public acknowledgement? https://t.co/jqLjfS9nwY

The Rolling Stone later put out a tweet listing out the names of artists featured, including Arivu.

'Enjoy Enjaami', which released in March, had gone viral instantly and has also triggered conversations about co-existence with nature. Arivu, who wrote the lyrics of the song that celebrates ancestors who toiled in the forests, said he drew inspiration from conversations with his grandmother who was taken from Tamil Nadu to work in tea plantations of Sri Lanka. “My grandmother was taken to Sri Lanka as a bonded labourer, and when she returned, nothing had changed. We continued to live landless,” he told the News Minute.