'I am impressed. Now will you stop these stunts,' she said 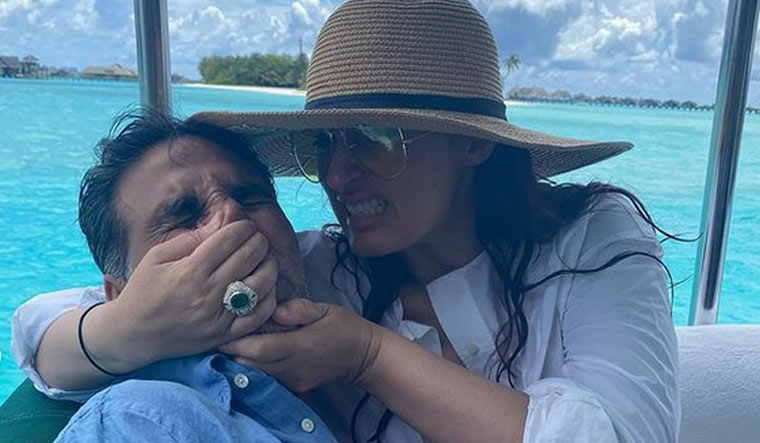 Bollywood actor Akshay Kumar has often amazed his fans with his daredevil action sequences. While fans may be in awe of the actor's ability to perform seemingly possible stunts, not all are happy.

Actor and author Twinkle Khanna revealed that she feels terrified when her actor-husband Kumar performs such stunts.

Kumar had posted on his Instagram handle a video of a training session in a forest during the shooting of the upcoming movie Bell Bottom."

In the video, he is heard saying,"My wife happened to be visiting on the sets when we shot the sequence in the jungle. So, I had to pull all my tricks out of the bag because even after 20 years, I still can’t help but want to impress her. I had to do the most chin-ups because there were other boys also, but I had to do more than that so that she can always be impressed with me. Luckily, my wife notices everything so it is never in vain."

Twinkle Khanna reacted to the video saying, "I am impressed. Now will you stop these stunts."

She also posted the video on her Instagram page with the caption: "Haha! On the contrary, I am terrified when he leaps off buildings and planes. The fact that he is still in one piece impresses me more than all his stunts. Stay safe Mr K."