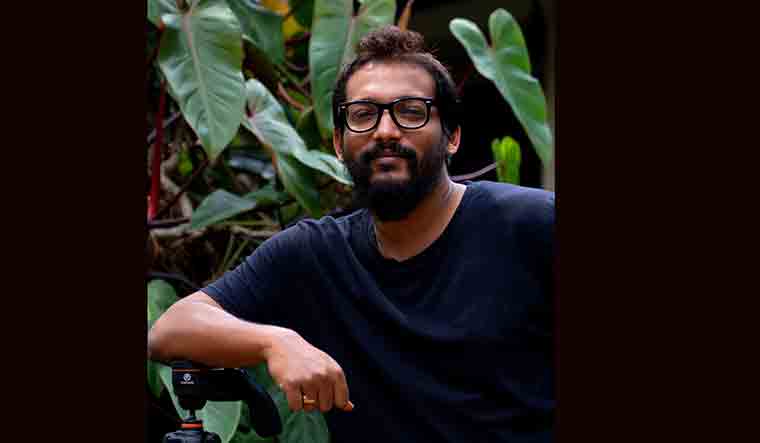 Prataya Saha’s ‘Oye Hoye’ makes your heart go pitter-patter. The music video shot in Fort Kochi is about a boy falling in love with a girl from Mumbai who is a dance teacher. Released on June 19, it has garnered 85 lakh views in five days. The Punjabi song was produced by Desktop Films, a Bengaluru-based production house.

Saha, an independent filmmaker based out of Bengaluru, took the plunge and got into full-time filmmaking in 2018, after a successful corporate career as a Business Analyst for seven years. His short films have been showcased at more than 50 film festivals around the world including the Oaxaca Film Fest, Woodpecker International Film Festival, Cardiff International Film Festival and Oscar Academy Qualifying festivals like Bengaluru International Short Film Festival and have won several awards. The Good Wife, one of his short films set in Kolkata was screened in 25 film festivals in nine countries and won 13 awards in 2019-2020 including the ones for Best Actress, Best Director, Best Sound Design and Best Music.

Saha’s short films are realistic and are inspired by life. ''They generally revolve around issues faced by women or have a strong female protagonist, aided by a crew where women hold important positions like assistant screenplay writer, assistant director, or producer,'' says Saha. Most of his short films are streaming successfully on OTTS like Disney+Hotstar, Hungama Play, Mx Player and Starzplay, Middle East.

In an exclusive interview to THE WEEK, Saha talks about The Good Wife, the creative freedom that music videos offer and also about how his stint at Jagriti Theatre helped him in his filmmaking career.

How did you juggle your career and passions while working full time?
When I was working in London in my corporate job in 2015, I was truly inspired by the amount of respect and interest given to art in Europe. As I landed back in India in 2016, I was determined to delve into the field of filmmaking. I used to be a part-time photographer and writing was my passion from childhood.

Early then, when I was still not ready to leave my job (I finally left it in 2018), I realised that the only way I could juggle my career and passion is by thorough compartmentalisation and time management. Thus, till the time I went full-time, Friday night till Monday early morning was just for me and my art.

I also realised that filmmaking is a collaborative art and you are as good as your team and hence setting up a good and trustworthy team was very important to take the pressure off you in times when other priorities needed more focus.

Tell us about ‘The Good Wife’.

The Good Wife is an award-winning short film that revolves around the highs, lows, joys, defeat and triumphs of a woman in the course of a single day. Set in Kolkata 1992, during a period of socio-economic uncertainty, the story traces the joys, sorrows, triumphs and disappointments through the happening of a single day in the life of a housewife, thus through her journey we have explored the immense strength inside a woman termed as a ‘good wife’. Maybe not the strengths atypical with chest-thumping toxic masculinity but a subtler inner feminine strength

Award-winning veteran theatre actor from Bengaluru, Anshulika Kapoor, acted and produced the film. The film went on to become a huge draw at various film festivals. It was selected in 25 film festivals and won 13 awards including Best Actress, Best Director, Best Sound Design, Best Music, etc. in 9 countries between 2019-2020.

The film created an instant connection with the audience and was a conversation starter on heavy topics like the social conditioning of women in a patriarchal society.

The film was later invited to screen in prestigious venues like SRFTI (Satyajit Ray Film and Television Institute, Kolkata) and Cinema Paradiso in Auroville, Pondicherry. Finally, the film made it to Disney+Hotstar and is now streaming there.

Was the transition from films to music videos a smooth one?

I think it came naturally to me, as the basic process of filmmaking remained the same. In fact, coming from a background of making arthouse realistic films that follow a certain rigid structural plan I personally feel I've more room and liberty with music videos with respect to poetic license and experimentation. However, the treatment of the stories and the general approach to the project differed and it needed careful handling and execution.

I was a part-time theatre photographer for Jagriti in 2015. The was home to some amazing theatre and was frequented by good stage actors. Having access to plays while photographing helped me observe and understand actors, dialogue, blocking, lights and sound.

Moreover, photography itself helped me understand the camera, colour and compositions that immensely helped me in filmmaking much later.