He even slammed 'Black Panther' 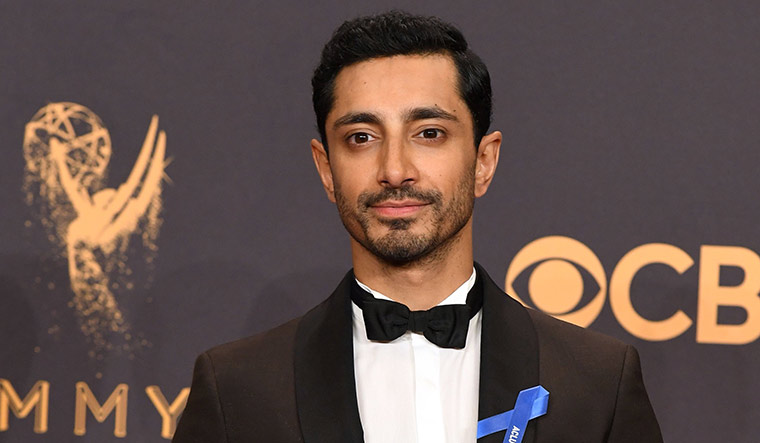 Oscar-nominated actor Riz Ahmed has called out Hollywood for the stereotypical and "toxic" portrayal of Muslim community in its films. Ahmed, who became the first Muslim to get a best actor Oscar nomination, recently launched the initiative, the Blueprint for Muslim Inclusion, to increase the community's representation in cinema.

The initiative was launched in partnership with the USC Annenberg Inclusion Initiative, the Ford Foundation and Pillars Fund.

In a video posted on his social media handles, Ahmed said, "The problem with Muslim misrepresentation is one that can't be ignored any more."

The 38-year-old British-Pakistani actor said it was a "bittersweet" moment for him when he was nominated at the 2021 Oscars for his performance in Sound of Metal.

"I simultaneously wore that slightly dubious accolade with a sense of gratitude personally... I also felt tremendous sadness. How was it that out of 1.6 billion people, a quarter of the world's population, none of us had ever been in this position until now?

The actor asserted that the problematic portrayal of Muslims in cinema is something that cannot be fixed by a "handful of prominent Muslims in the business".

"The progress that's being made by a few of us doesn't paint an overall picture of progress if most of the portrayals of Muslims on screen are either nonexistent or entrenched in those stereotypical, toxic, two-dimensional portrayals," he added.

"[These] films dehumanise and demonise Muslim characters, insofar as they are the perpetrators or victims of violence, unworthy of empathy or incapable of empathy," the actor said. Similarly, he criticised Amazon's smash hit series The Boys.

"[It is] a show that I loved and binged. A very self-aware, modern kip show. One with a gigantic cast, multi-racial multi-species... [But] I can't tell you how gutted I was when halfway through that show Muslim's turn up, the first and only time, to hijack a plane."

"Oh actually, they turn up another time in the first series, to play super villains whose super power is to suicide bomb people," Ahmed said.

Such a thing would not happen to any other minority group, the actor said, citing the example of Black Panther.

"Even a film like Black Panther, one of the most woke progressive mainstream moments in our culture in recent years. And Muslims turn up in the start of that film as terrorists to kidnap school girls and then disappear," he added.

Alongside the release of The Blueprint for Muslim Inclusion, a study by the Annenberg Inclusion Initiative, titled Missing and Maligned, found that Muslims rarely appear on screen, or are shown in a negative light if they do.

The study found that just 1.6 per cent of characters were Muslim. They were mostly shown as outsiders, threatening or subservient, and about one-third were perpetrators of violence. More than half were targets of violence.