Nayanthara plays a visually challenged woman in the movie 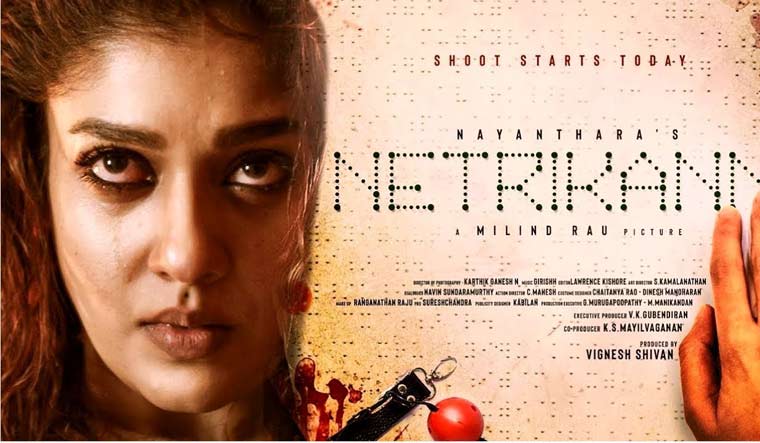 The teaser of Nayanthara's Netrikann was released on Wednesday, coinciding with the actress's birthday. Nayanthara plays the lead role in this thriller directed by Milind Rau. The film is bankrolled by Vignesh Shivn's Rowdy Pictures.

The teaser promises an edge-of-your-seat thriller. The teaser begins with a voice-over of Nayanthara where she says that innocent lambs are being hunted by a shrewd fox. Going by the teaser, Nayanthara plays a visually challenged woman in the movie. The film revolves around a series of killings of young women in the city. Nayanthara, with her dog for company, goes in search of the killer. In the end, the teaser suggests that the killer is on to Nayanthara.

On Tuesday, Vignesh wished Nayanthara and shared a note for her. He wrote: “May God always bless you with all the goodness in this world ! Stay the same dedicated , sincere, hardworking person that you are ! & keep flying high! Happy birthday to you Thangameyyy.”

The makers have not yet announced a release date.