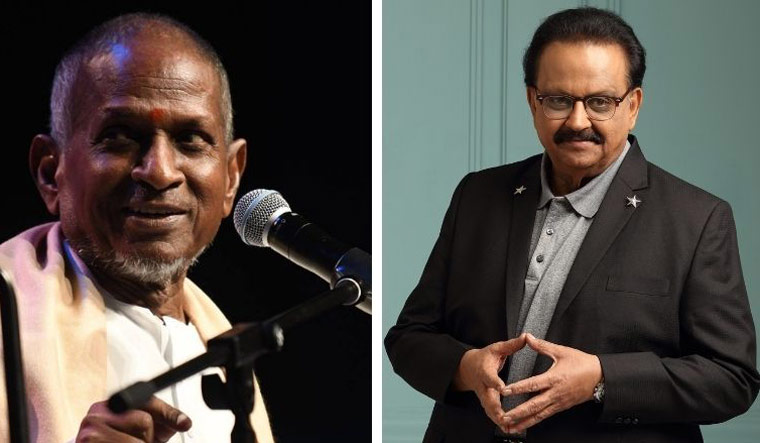 SPB has been laid to rest. Tributes continue to pour in for the legendary singer from across the tinsel world. His closet friend Ilaiyaraaja is inconsolable. “I asked you to get up and come back Balu. But you left us,” Ilaiyaraaja is unable to find the words to express the loss and the good old times with his friend.

Days after S.P. Balasubrahmanyam said he contracted COVID-19 and got admitted to the hospital, a video of Ilaiyaraaja with just a few words, “ezhunthu vaal baalu (get up and come back balu), had gone viral. In the video, the music maestro recalled his early days with SPB, when they did a number of live concerts before they got into cinema. Illayaraja’s video was just a sample of the extraordinary tale of friendship between the two—the Raja-Balu combination.

In 2017, months after Ilaiyaraaja served a legal notice to SPB in a copyright issue, SPB proudly said, “People think I am born to sing for Ilaiyaraja and his compositions are destined for my voice. There is no doubt. Ilaiyaraja is a genius and he is the best music composer I have ever worked with. There is no difference of opinion between us and time will solve this issue.”

Balu, as Ilaiyaraaja calls him, never said the maestro was wrong. When Ilaiyaraaja announced about royalties and served a legal notice, SPB chose not to sing Ilaiyaraaja’s songs during his live concerts. And when he sang his songs during concerts, he ensured that Ilaiyaraaja got the royalty amount. But two years after the royalties spat, pictures of SPB and Ilaiyaraaja hugging each other went viral. The music maestro tweeted a picture saying, “Its only warmth and love when old friends meet.” Indeed, theirs was an extraordinary tale of friendship that stood the test of even unpleasant times.

Their friendship began in the early 70s when SPB got Ilaiyaraaja and his brother Gangai Amaren to Chennai. The 'Paavalar brothers' – Ilaiyaraja, Bhaskar and Gangai Amaren—got introduced to SPB. Ilaiyaraaja would play the harmonium, Amaren would be on the guitar while Bhaskar would be on percussion. SPB was part of the light music troupe. And when he understood that the brothers were struggling to make both ends meet, SPB included them in his orchestra troupe, and this further cemented their friendship.

The Raja-Balu combination ruled the south Indian cinema in 70s and 80s. In his first venture, Annakili, Ilaiyaraaja wanted SPB to sing the first song. He had even told SPB to be careful and not ruin his throat. But SPB developed cough and cold and could not sing. Later, when Ilaiyaraaja wanted SPB to do the song Attukutti Muttayittu for 16 Vayadhiniley SPB could not turn up due to soar throat. This time Raja was angry with SPB and he had to rope in Malaysia Vasudevan to sing the number. Sevvandhi Poomudichu too did not have Balu. These two launched Vasudevan in a big way.

Sigappu Rojakkal too did not have SPB. Later, when one day SPB happened to meet Ilaiyaraaja, the former asked asked, “don’t you recognise people like me as a playback singer for you.” After this friendly spat, Ilaiyaraaja and SPB came together for Uravadum Nenjam and then Paalooti Valartha Kili. The Raja-Balu went on to produce more than 25,000 super hits. They had the best numbers in the 80s. Illaya nila pozhigirathu, Ithu oru ponmaazhai pozhudhu, Oru poovanathiley, En Kanmani, Ilamai ennum poonkaatru...the list is unending.

Years ago, at a stage show, SPB proudly said, “No one can call Raja 'dai' except me. I am the only person who has the right to call him that.”

In a television reality show he went a step ahead to say, “Raja illama naan illai. Naan illama raja illai” (I am not there without Raja and Raja cannot be there without me).