Deepika and Sara, who were in Goa, returned to Mumbai on Thursday 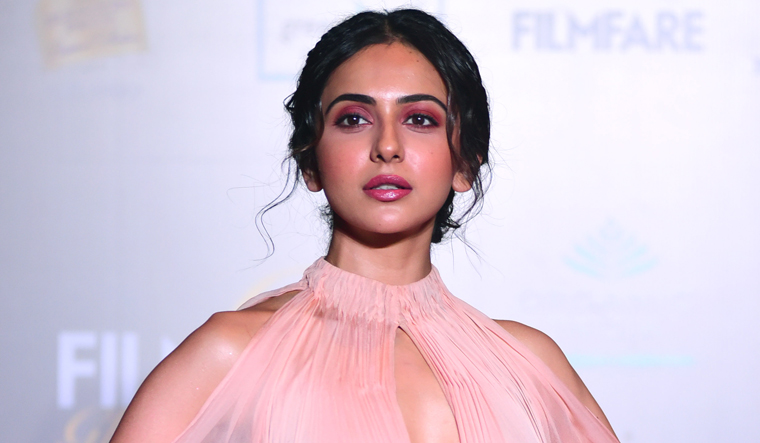 Down to a Tee: Celebrities are famous for their unbelievable fitness levels. That is probably why the T-shirt challenge, which has gone viral, is attracting them in droves. In it, one has to put on a T-shirt while doing a handstand. The latest to take it up is Rakul Preet, who posted a video of her doing it on Instagram. “Was just bored of wearing my tee the normal way,” she joked. Some celebs like Mandira Bedi took it a notch up by putting on a pair of shorts as well. C’mon, peeps. Stop giving us ordinary mortals a complex, we who struggle to do a handstand, T-shirt or no T-shirt | AFP

Actress Rakul Preet Singh, who has been summoned by the Narcotics Control Bureau (NCB) in the Bollywood drugs probe case, will be questioned on Friday.

Deepika Padukone, Sara Ali Khan and Shraddha Kapoor have been called in on Saturday. Deepika and Sara, who were in Goa, returned to Mumbai on Thursday.

Deepika Padukone's manager, Karishma Prakash, will also be grilled on Friday, according to reports.

Karishma's WhatsApp chats included conversations about drugs with one `D' and central agency wanted to find out who this person was, NCB sources had said earlier.

Meanwhile, statements of fashion designer Simone Khambatta and Shruti Modi, Rajput's former manager, were recorded by the NCB probe team in connection with the drugs case, the official said.

The NCB, which began the inquiry after a drugs angle came to light in connection with Rajput's alleged suicide, has now widened its investigation and asked a clutch of Bollywood celebrities to "join the probe".
Sushant was found dead in his apartment in suburban Bandra on June 14.