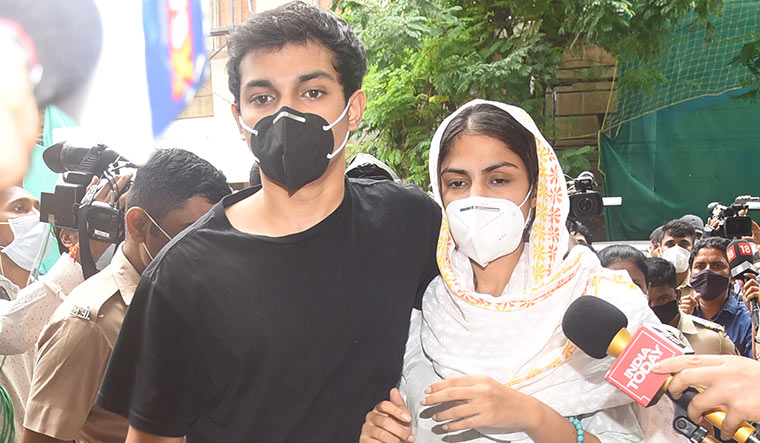 The hearing of bail requests of actress Rhea Charkaborty and her brother Showik Chakraborty, who were arrested in the drugs probe linked to Sushant Singh Rajput’s death, has been postponed. The hearing that was scheduled to happen on Wednesday has been pushed to Thursday, with the Bombay High Court declaring a holiday due to the rains in Mumbai.

“High Court Chief Justice has declared a holiday today for HC, after severe waterlogging in city. Today’s board to be taken up tomorrow,” said Satish Maneshinde, Rhea's lawyer.

Rhea Chakraborty was arrested by the Narcotics Control Bureau (NCB) on September 9. Her judicial custody was extended to October 6 on Tuesday.

Besides Rhea and Showik Chakraborty, Sushant’s former aide Samuel Miranda and drug dealers who have been allegedly linked to Bollywood were also arrested by the NCB.

In her bail application, Rhea has alleged that during her interrogation by the NCB, she was “coerced” into making “self-incriminating confessions”. She claimed that she has not committed any crime whatsoever and has been falsely implicated in the case.

In its order rejecting Rhea’s first bail plea earlier, a special court in Mumbai had said that at the present stage there are no "reasonable grounds" for not connecting her to the case. The court also said there is possibility of the accused tampering with evidence if released on bail. Among other grounds, Rhea's lawyer Satish Maneshinde had submitted that no contraband has been seized from the accused and rejected allegations she procured drugs for Sushant.