They are currently quarantined at home 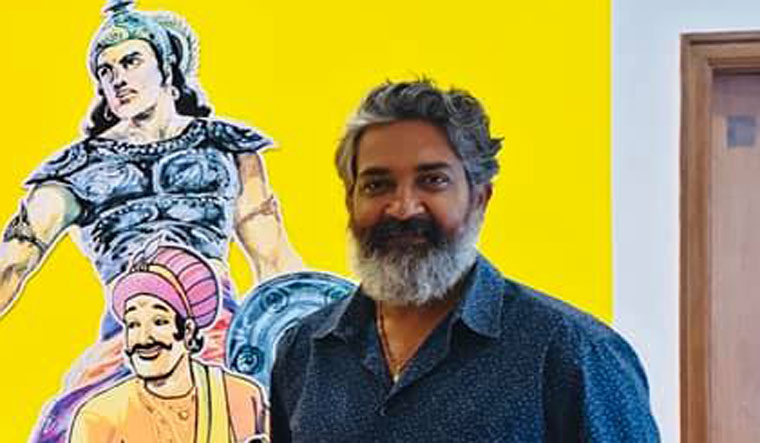 Filmmaker S.S. Rajamouli, on Wednesday, said he and his family members have tested positive for coronavirus and are currently quarantined at home.

The director, best known for his epic fantasy Baahubali series, said they got tested after they developed mild fever recently which subsided by itself.

"My family members and I developed a slight fever few days ago. It subsided by itself but we got tested nevertheless. The result has shown a mild COVID positive today. We have home quarantined as prescribed by the doctors (sic)" he said.

In a subsequent tweet, Rajamouli said he and his kin are asymptomatic and "feeling better". They are, however, following all the precautions and instructions.

"Just waiting to develop antibodies so that we can donate our plasma," he added.

Before the coronavirus-induced nationwide lockdown was announced in March, the filmmaker was working on his upcoming period action drama Rise Roar Revolt.

The Telugu film, featuring top stars Ram Charan and NTR Jr in the lead, is a fictional tale based on the lives of two freedom fighters in early 20th century.

Meanwhile, Andhra Pradesh witnessed its worst single day spike of coronavirus on Wednesday, 10,000 plus cases, as the other southern states, including Tamil Nadu and Karnataka also reported high daily numbers, although they saw a dip in the infections.

The cumulative tally of southern states—AP, Tamil Nadu, Karnataka, Telangana, Kerala and the Union Territory of Puducherry—was 24,855 on Wednesday.