Russo Bros wary of returning to theatres amid COVID-19

Joe said being in an enclosed space, like a cinema hall, "is a high-risk situation" 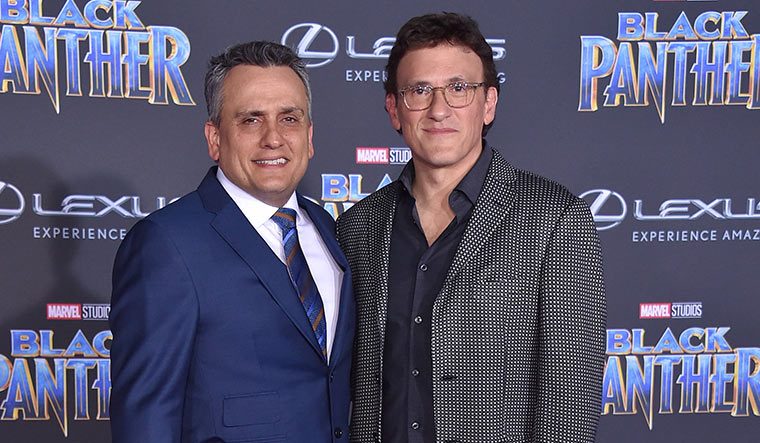 Relishing Russo: Joe Russo, who co-directed the much-awaited Avengers: Endgame, with his brother Anthony, will be visiting Mumbai next month. “Thank you for embracing these movies,” he said. “I’m excited to be coming to India and eager to meet our Indian fans very soon.” The Russo brothers were behind some of the biggest Marvel blockbusters like Captain America: The Winter Soldier and Avengers: Infinity War. Endgame will release on April 26 | Dfree

Theatres may be set to reopen across the US this month, but Avengers: Endgame director duo Anthony and Joe Russo are unsure about heading to the cinema halls in the wake of the ongoing coronavirus pandemic.

The brothers, best known for co-directing several Marvel Cinematic Universe films, said being with an audience of hundreds in close proximity at a time when the COVID-19 virus is far from gone from the world will put people at "risk".

Asked whether he would feel comfortable returning to a movie theatre, Anthony Russo told FOX 5 DC's Kevin McCarthy, "It's a very personal question and it depends on people's individual circumstances, but unfortunately I don't see myself getting into a theatre in the foreseeable future." He said as much as he was "desperate for the theatrical experience" like any other cinema goer but what's more important was "where are you going to put the risk?"

"I think there are more immediate places to put the risk in terms of human connection than a theatre full of strangers, unfortunately," Anthony Russo added.

Echoing similar sentiment, Joe Russo said being in an enclosed space, like a cinema hall, "is a high-risk situation". "There's the question of where we want that to happen, which we do, but whether that's practical and safe and whether we can recommend it, which I don't think we could," he added.