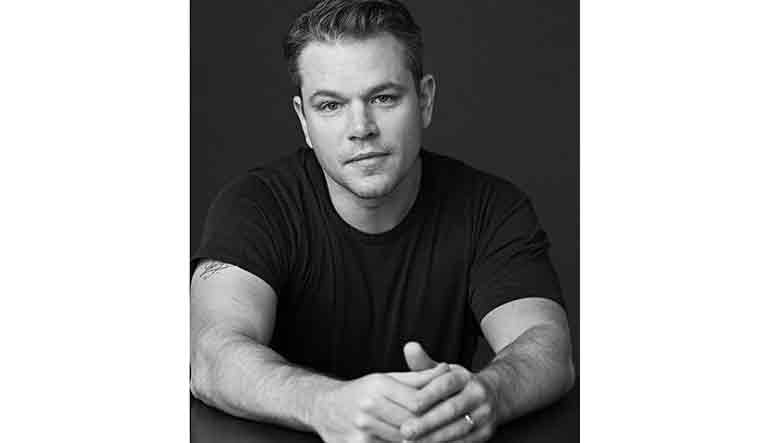 Hollywood actor Matt Damon revealed that his eldest daughter Alexia was diagnosed with COVID-19 while she was in New York. Alexia is a college student in New York, and is now doing fine, Damon said in an interview to a radio station.

“She’s (Alexia) in New York City and she had COVID really early on along with her roommates and got through it fine,” Damon said. “We’ll reunite with her at the end of the month. But everybody’s OK, obviously Lucy’s mom and my mom it’s scary for that generation.” The Damon family is well-equipped for quarantine in a foreign country.

Damon, his wife Luciana and his three kids are currently staying in Ireland where the actor was shooting for The Last Duel when the lockdown was implemented.

Damon also spoke about his 2011 film Contagion, which climbed up the charts after the coronavirus pandemic with the film almost predicting everything that is going on around the world today. Speaking about it to the Dublin radio station, Damon said: “Anybody who says you couldn’t predict this, just look at Contagion… Ten years ago we made a movie just by talking to experts and asking them how would this look and how kind of would it go down. The whole thing is tragic and sad.”

Contagion delivers near-prophetic scenes that eerily represent the current coronavirus situation around the world, including quarantines, empty streets, airport terminals and so on. With countries closing borders and the world moving towards a lockdown mode, the demand for the movie has been increasing. One of its posters on IMDb eerily reads: 'Don't talk to anyone, Don't touch anyone'.