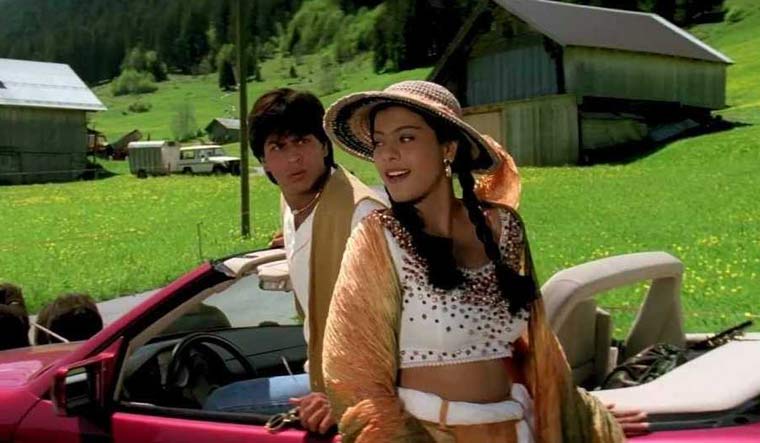 A still from DDLJ

After US President Donald Trump mentioned the 1995 blockbuster Dilwale Dulhaniya Le Jaayenge in his speech, Shah Rukh Khan's wife Gauri Khan feels that the superstar should make a sequel of the film.

Trump, while addressing the crowd at Motera Stadium in Ahmedabad, had said DDLJ is one of the 'classic films' that the Indian film industry has given to the world.

"May be he (Shah Rukh Khan) should make part two of DDLJ. That's the next plan and I think he will do that. I am going to tell (DDLJ director-producer) Aditya Chopra to make part two, so every president and prime minister who enters India should discuss that," Gauri told IANS.

DDLJ is the directorial debut of Aditya Chopra. Produced by his father Yash Chora, the film stars Shah Rukh Khan and Kajol in the lead roles.

One of the most successful films in the history of Indian Cinema, DDLJ won 10 Filmfare Awards and the National Film Award for Best Popular Film Providing Wholesome Entertainment.