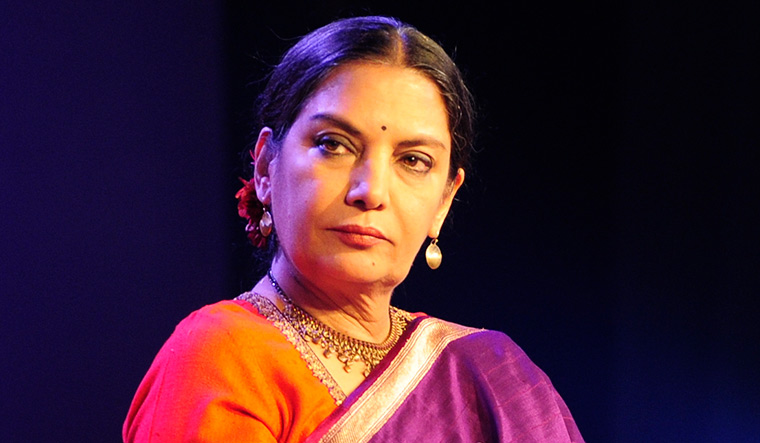 Raigad Police on Sunday filed an FIR against actress Shabana Azmi's driver under IPC Section 279 (Rash driving on public way) and 337 (Causing hurt by act endangering life/personal safety of others), in the aftermath of her accident on the Mumbai-Pune Expressway, ANI reported. These are bailable offences.

Police says that these are bailable offences so he need not be arrested but he has been issued a notice. https://t.co/qBfPoNoDDU

Azmi was injured when her car rammed into a truck on Saturday, and she was being treated in a Mumbai hospital where her condition was stable, officials said. Her husband, lyricist Javed Akhtar who was in the car with her escaped unhurt while the driver sustained minor injuries.

Azmi (69) was first rushed to MGM Hospital in Navi Mumbai and later shifted to Kokilaben Ambani Hospital in Andheri in Mumbai. "She is stable and under observation," said Dr Santosh Shetty, Executive Director and CEO of Ambani hospital in a statement late in the evening. Prime Minister Narendra Modi was among those who expressed concern about the actor after the news came. "The news of @AzmiShabana Ji's injury in an accident is distressing. I pray for her quick recovery," Modi tweeted.

The incident took place near Khalapur, over 60km from Mumbai, when the Tata Safari car in which Azmi and Akhtar were travelling to Pune rammed into a truck, said Raigad Superintendent of Police Anil Paraskar. Akhtar celebrated his 75th birthday on Friday. A local police official said the car driver was apparently trying to overtake another vehicle and rammed into the truck.