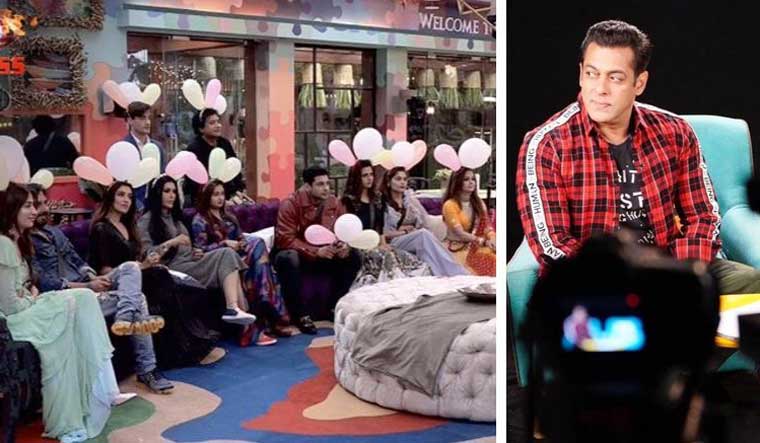 Apex body of ascetics Akhil Bharatiya Akhara Parishad on Thursday opposed reality TV show 'Bigg Boss 13' and said it should be pulled off air immediately as the show is "against Indian culture".

An Uttar Pradesh BJP MLA has also sought a ban on the reality TV show for allegedly promoting obscenity and demanded that its host and actor Salman Khan be booked under the stringent National Security Act.

But the seers' body indicated that it is not against the host of the show.

"We vehemently oppose the show. We respect Salman Khan and appeal to him to immediately pull it off air," Akhara Parishad president Mahant Narendra Giri told reporters.

He claimed that the content of the show goes against Indian culture.

BJP lawmaker Nand Kishore Gurjar has sent a letter to Union Minister of Information and Broadcasting Prakash Javdekar claiming that the reality show currently being aired on Colors channel has "shattered social harmony" and promotes "obscenity and vulgarity".

The MLA said the channel is broadcasting the show at prime time when usually families sit together to watch TV.

"On one hand, Prime Minister Narendra Modi is portraying and promoting our ancient culture on the international stage and on the other we have this obnoxious show," the MLA said.

"It has become difficult to watch TV with the family. No such TV serial should be permitted which is destroying our culture. It must be banned immediately," he added.

Gurjar demanded that the NSA should also be invoked against the owner of Colors channel and the editor and host of the show.

On Monday and Wednesday, some Hindu outfits had burnt the effigies of Salman Khan in Loni area of Ghaziabad city to protest against the reality show.