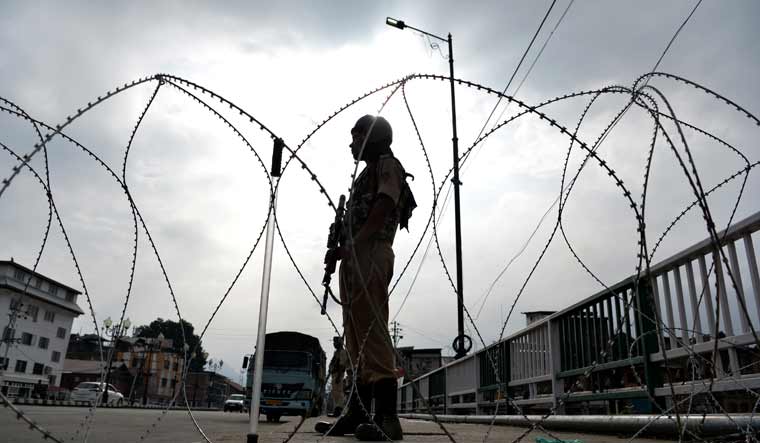 On Tuesday, Hyderabad-based security consultant Srinivas Kodali tweeted a question to the Indian Postal Service: Were their services still available in Kashmir? No, until further orders, India Post tweeted in return.

No. Until further orders.

The irony was not lost on anyone. For most non-Kashmiris, Agha Shahid Ali is the most famous bard to emerge out of the state. And, 'The Country Without a Post Office'—a re-imagination of Kashmir as an independent entity—was his most famous work, appearing in his book 'Half Inch Himalayas'. Now, it is his most prophetic. The poem has even deeper connotations. When Afzal Guru, a terrorist convicted for his role in the 2001 Parliament attacks, sent a letter to his family about his looming execution, it reached home two days late, according to Rising Kashmir.

We’re inside the fire, looking for the dark,”
one card lying on the street says, “I want
to be he who pours blood. To soak your hands.
Or I’ll leave mine in the cold till the rain
is ink, and my fingers, at the edge of pain,
are seals all night to cancel the stamps

The Himalayan state has its pantheon of poets—be it Habba Khatoun, Zareef Ahmed, Farooq Nazki, or sufi poet Mehjoor (one of Vajpayee's favourites). Agha Shahid Ali, who was brought up in Kashmir, studied at Delhi University and later moved to the US, wrote of his forgotten homeland with a mix of wistfulness and love. In his un-remembering eyes, the river was “ultramarine”, a piece of a jigsaw puzzle he never could finish.

Ali is just one among several of the valley's bards whose works could be considered reflective of Kashmir’s current predicament. Mehjoor, who in his early days, wrote that ‘Hindus were sugar and Muslims were milk’—the same lines, illustratively, were quoted by Vajpayee, calling for peace between the communities in 2001 in the state—wrote, anguished and disillusioned, at the time of Kashmir’s accession, that 'alas, my heart lies with Pakistan'. Ali, unlike most of his compatriots, wrote in English, lending his work a far wider readership.

Soon after the Article 370 was revoked and the Jammu and Kashmir state bifurcated, Carnatic musician T.M. Krishna recited Ali's 'The Country Without a Post Office'. There has been a virtual communications blackout in the valley with no phones and no internet connections since the early hours of August 5, when the Centre announced that Jammu and Kashmir's special status was being revoked and proposed that the state be split into two union territories. However, the restrictions are slowly being eased.

Cutoff: Postcard to Kashmir
A postcard to phones in Kashmir which do not ring#Kashmir #Democracy #KashmirBleeds pic.twitter.com/yNx4g6Dss4

The February 2016 cultural evening organised in JNU against the “judicial killings of Afzal Guru and Maqbool Bhat', the aftermath of which still reverberates across the country, was titled 'The Country Without a Post Office', after the Agha Shahid Ali poem. Hindustan Times reported that an engineer filed an RTI seeking to know whether Kashmir had post offices, having taken the title too literally. Scoopwhoop reported that Venkaiah Naidu, speaking in Parliament in the aftermath of the JNU row—when Kanhaiya Kumar and Umar Khalid came under scrutiny—he asked, "The heading of the poster says: 'A country without a post office'. Is India without post office? The entire world is looking towards India under the great leadership of Shri Narendra Modiji today."