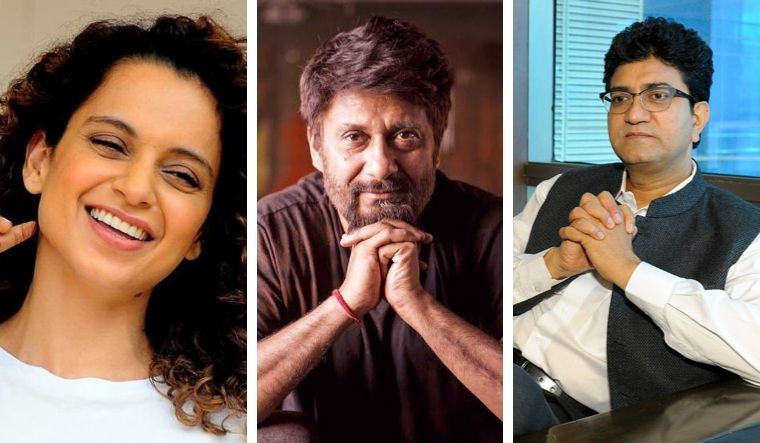 After 49 eminent personalities wrote a letter to Prime Minister Narendra Modi on rising intolerance in the country, 61 celebrities including actress Kangana Ranaut, lyricist Prasoon Joshi, filmmakers Madhur Bhandarkar and Vivek Agnihotri, shared an open letter hitting back at the ''false narratives' in the former letter.

Slamming the signatories of the letter to the PM, they wrote: “Forty-nine self-styled 'guardians' and 'conscience keepers' of the nation and of the democratic values have once again expressed selective concern and demonstrated a clear political bias and motive.”

They stated that the letter was aimed at 'tarnishing India's international standing and to negatively portray PM Modi's untiring efforts to effectuate governance on the foundations of positive nationalism and humanism'. Taking a dig at the signatories who spoke of the slogan 'Jai Shri Ram' being turned into a 'provocative war cry', Friday's letter questions their silence when those who chant Jai Shri Ram were imprisoned, when temples were vandalised. The Sabarimala temple entry controversy also finds a place in the letter. They also stated that the the under the Modi regime, we see maximum liberty to differ. “The spirit of dissent has never been stronger.”

Filmmakers Anurag Kashyap, Adoor Gopalakrishnan, Mani Ratnam, Shyam Benegal actors Konkana Sen and Aparna Sen are among 49 eminent filmmakers and artists who had sent the open letter to Modi, raising concerns on the increasing intolerance against dissent in the country. The letter also raises concerns over lynchings of minorities. The letter quoted NCRB numbers of lynchings, and also numbers reported by The Citizen's Religious Hate-Crime Watch. The letter also criticises the Narendra Modi and his government's inaction against the offenders. The letter had also stated that there is no democracy without dissent. “People should not be branded 'anti-national' or 'urban Naxal' and incarcerated because of dissent against the government.”