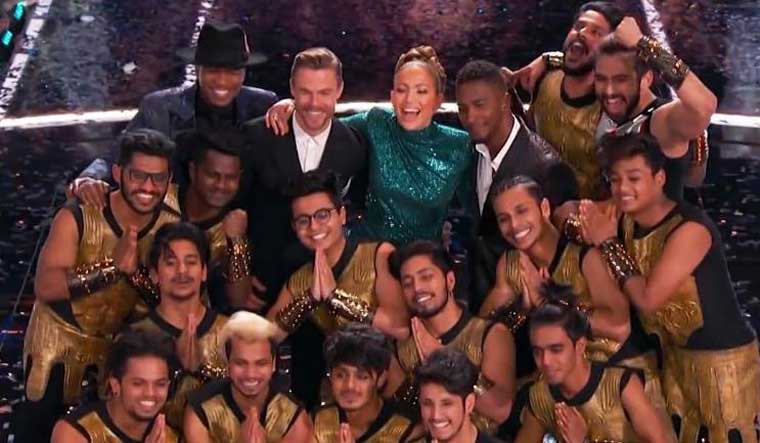 When one of their dancers twisted his leg just before their act in the divisional finals of World of Dance, The Kings thought it was the end of the road for them but destiny had other plans.

Mukund says they have lost the count of celebratory cakes they cut after the win.

"All of us jumped, cried and became numb. It was not about just winning that competition. It was the hardwork, injuries, sweat and blood of more than a decade. Everything found a home that night," Mukund said.

This is not their first win: The Kings won the bronze medal at the World Hip Hop Championship 2015, San Diego but it is by far the biggest. They are already flooded with international show offers, including a world tour on cards and an upcoming dance workshop in the US.

"We are now global, life has completely changed," Mukund adds.

Something even bigger is on the horizon for the group—they have been approached for a possible collaboration with Lopez. "We have got an enquiry from their (Lopez's) side, that she's doing some tour and she might require The Kings. But it's not confirmed yet.

"The World of Dance has also submitted three of our acts for the Emmy Awards nomination. We will get that confirmation soon. But getting nominated is also huge!"

Most of the members of the dance group, managed by Qyuki, are from Vasai-Nala Sopara; far from the traditionally Bollywood-centred entertainment hubs, Bandra-Andheri. Their win not only comes with global fame but also a prize money of USD 1 million, a sum the dancers say "will fulfil all their dreams."

"Many of our crew members are from weaker economic backgrounds, who live with their parents in a rented place. They had a dream that they will own a house someday, or gift one to their parents. Now, that will come true," says Shijin Ramesh, a dancer from The Kings.

Mukund believes their win will create a ripple effect and encourage families to let youngsters follow their passion.

"One of the dancers, a 19-year old, is the son of a watchman. His father is so proud that his son is going to gift him a house! Imagine what that win has done for the family. It has not only changed our lives, but also our families.”