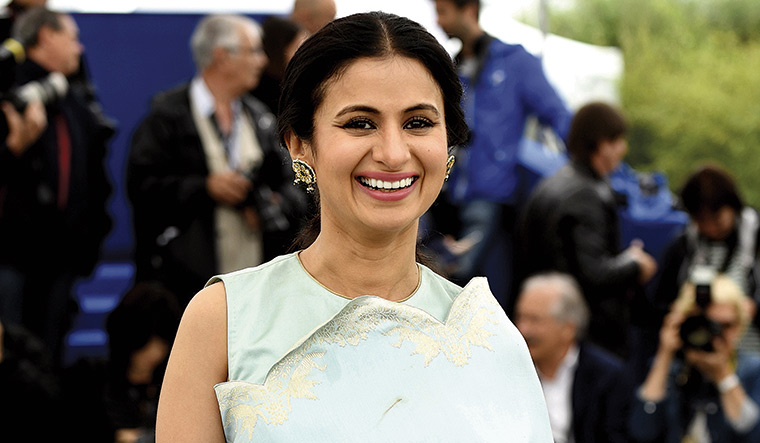 Weaving magic: Rasika Dugal, who plays Safiya Manto, the wife of Saadat Hasan Manto, in Nandita Das’s biopic of the writer, made waves at Cannes this year, where the film was screened in the Un Certain Regard section. Safiya, who dealt with Manto’s alcoholism with quiet strength, has been portrayed with incredible restraint by Rasika. The actor, who made her debut in Anwar (2007), also took part in the #MeToo protest led by Cate Blanchett at Cannes | AP

Rasika Dugal says unlike films, web space is "path breaking" when it comes to women's representation.

Rasika is not new to the web world having done a cameo in the popular web TVF series Permanent Roommates and playing lead in Humorously Yours. The actor can be currently seen in Amazon Prime Video's original series Mirzapur. "In the digital space, writers and directors get time to build and establish a character. And in a two or three hour film, if one is playing supporting role, then there are 3-4 scenes. There is room and time for multiple tracks to flesh out in the web space. I enjoy this format.

"Usually, women often get ignored from main narrative, especially in films. In 'Mirzapur', the tracks of all the women are interesting," she said.

Rasika, 33, says her character of a sexually frustrated wife breaks the "entire stereotype" surrounding women. "Beena is instinctively mysterious person. It was very refreshing for me to play this part as I usually get a role in which I am a good wife or the loving mother... There are absolutely no roles written for women in which there is acknowledgement of their sexuality."