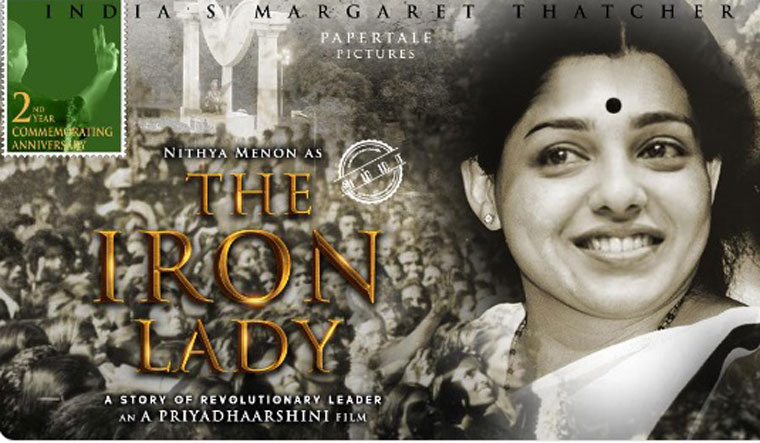 The first look poster of Iron Lady, a biopic of former Tamil Nadu chief minister Jayalalithaa, was unveiled on Wednesday. Directed by A. Priyadhaarshini, the highly-anticipated film features Nitya Menen as the actor-turned politician.

The poster was released on December 5 which is also the second death anniversary of Jayalalithaa. The poster, with a tag line 'India's Margaret Thatcher', shows Nitya Menen looking strikingly similar to Jayalalithaa in her early days. The biopic will trace Jayalithaa's journey from being a movie star to the chief minister of the state, and death.

Iron Lady is not the only biopic planned on Jayalalithaa. Two other biopics, helmed by Bharathiraja and A.L. Vijay, were also announced in recent times. There was much speculation about who will essay Jayalalithaa.

The film is expected to go on floors on February 24, Jayalalithaa's birth anniversary.