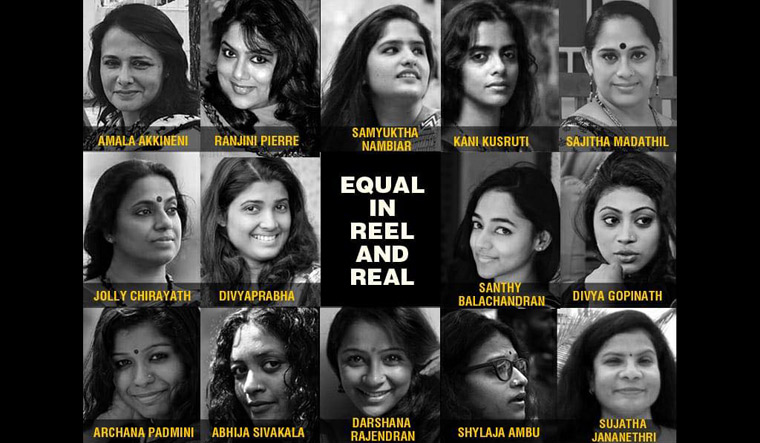 Even as the simmering revolt in Association of Malayalam Movie Artistes (AMMA) continues to escalate, more women artistes in the the film organisation have come forward to register their protest.

As many as 14 actresses have lent support to the WCC members who resigned from AMMA. The actresses alleged that the criteria of remitting Rs 1 lakh as membership fee in AMMA is not democratic.

“AMMA is posing a dangerous and irresponsible approach,” the women in the new surge of protest said. They also categorically announced that they were not ready to be part of an organisation with such an inhuman stand.

The recent revolt in AMMA began after actor Dileep, accused in 2017 actress attack case, was reinstated on June 26. The actress, who was assaulted, had resigned from AMMA with three others too resigning in solidarity.

What the note says:

It's been a year since we formed into an organization. Women working in different areas of the Malayalam film world joined in, realising the seriousness of the issues that WCC raised.

It includes actresses as well as technicians. There are famous names, as also new entrants. We wish to convey their comments also on the anti-woman stand of AMMA through the WCC page.

Actresses who are not members of AMMA are explaining why they have stayed off the organisation without obtaining a membership.

We are artistes, but are not members of AMMA and pledge to keep off the 'organisation'. Our ultimate aim is to approach cinema with utmost care, respect and faith and as a media and art form.

Reasons to reject membership of AMMA:

-It is undemocratic and anti-people to impose a membership fee of nearly Rs1 lakh in a field where even the concept of equal wages does not exist.

-We've recognised from the approach of the organisation to the issue of our sister colleague's suffering that they cannot be trusted on decisions they take about security in the field.

-Their silence to the founding members of WCC and the issues they raise is dangerous and irresponsible.

-We realise that we have no option but to reject an organisation which is not capable of a healthy and idea-based debate.

-The reactionary skit staged at the recent program of AMMA and the decision to reinstate the accused actor etc expose their attitude towards women accurately.

-There is no possibility of a democratic system evolving in that organisation in the near future where at least a debate is allowed. Its history, the fans associations, special star-focused caucuses, the history

so far etc prove it.

-We realise that the star powers who currently reign over the organisation cannot revamp it to bring in women with self-respect, and respect their work places.

-The organisation hasn't attempted to ensure the participation of women in its responsibilities or decisions.

-We firmly declare that we are not willing to be members of such an inhuman organisation.

-We are committed to a day for future generations where art work will be created without consideration of caste, religion or sex.