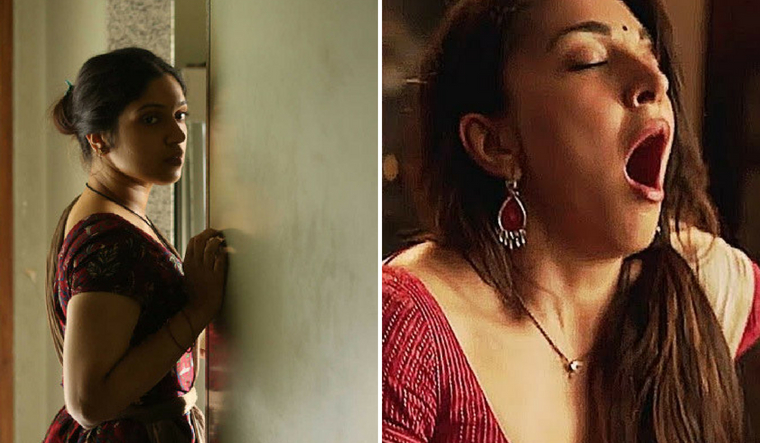 In 2013, when Indian cinema turned 100, four film directors known for their distinctive styles came together for an anthology—Bombay Talkies. The four short films—a format that was still picking up in the country—explored the interlacing of cinema and subtle aspects of life and relationships. Directors Anurag Kashyap, Dibakar Banerjee, Karan Johar and Zoya Akhtar had embraced the seldom explored format for the big screen.

Five years down, the market of shorts has nearly reached a saturation. Besides the exceptionally good ones, many middling shorts have been made and served to the mobile generation, and now the four directors have come together for Lust Stories. This time, however, they embrace a new medium—that of streaming platforms, which are still picking up in the country; in this case, Netflix.

The job of the directors is tougher this time around because there is no compulsion for a viewer to sit through all the four films; a part can be fast-forwarded or can be just skipped. An intriguing theme is the only key to keep one hooked throughout. And what better than exploring lust—a feeling intense yet elusive, complex yet self-gratifying, and probably fulfilling too but not without guilt. And as a theme, it's magnetic enough to hold one’s interest, for perhaps, in anticipation of that one steamy scene.

Yes, raunchiness is there in almost all the four films, even if very brief in some. But what emerges more strongly is how each film is dominated by the desires of female characters and their journey of self-exploration—sexual and otherwise and their evolution through instances that occur in their lives. And most important, their eventual sense of taking charge of their lives, which each woman in the respective films, with all the idiosyncrasies that they possess, finally do. It is they who decide whether they’ll let their lust rule them and tear them apart, or if they'll move forward without the guilt and trauma of it burdening them.

The first film by Kashyap is the story of Kalindi (Radhika Apte) who has been in an open relationship with her long-distance husband, 12 years older and obviously more experienced in life. She is on a journey of self-discovery, and also attempts to add juicy bits to her life that would make remembering it worthwhile. Intimacy with another man is one way of doing it. She, a college professor, chooses one of her students, played by Akash Thosar (of Sairat fame). If she is obsessed with her feelings, he is bewildered at her reactions. She is too upfront, even while speaking to the audience (that's what the filmmaker chooses as a ploy to take the story forward); he is subdued, a lover of Raj Kapoor film songs. After a point, though, Apte fails to amuse you, and so does the film.

Like Thosar, Bhumi Pednekar in Akhtar's film has a subdued role, yet her powerful eye expressions stand out. Pednekar who has made a mark through de-glam roles doesn’t seem to make an effort to change that. In fact, she goes simpler, in looks, as she plays a maid in a bachelor's house (Neil Bhoopalam) in Mumbai. He is a regular guy driven by pleasures of sex, she too enjoys it. But she is muted because of her unprivileged position. This is one of the most nuanced of the four films, exploring class divide through an unlikely story. The two main characters hardly have dialogues, especially Pednekar. As an audience, you feel the claustrophobia escalated by the one-bedroom setup of Mumbai where the story unfolds. If you pity Pednekar.'s pale but dreamy eyes skimming through the walls of the house where she works, Rasika Duggal's brief appearance as a simpleton at the end leaves you introspecting life.

Banerjee's protagonist, ably portrayed by Manisha Koirala, isn't someone you'd pity. You would rather root for her because she just wants to take a stand and make a decision that may set her free from the monotony of her boring life. She's a flawed, wavering woman stuck in a marriage with a selfish man (Sanjay Kapoor), and dating another (Jaideep Ahlawat). Though over the course of a night that the story unfolds, you realise she's not consumed by the guilt of cheating on her husband, neither is she sailing in two boats; she just doesn't want the men in her life take her for a ride. Adultery is the most convenient way to explore lust, and probably also the best. Banerjee plays by it and creates a film that is intriguing and driven by strong performances.

The last film by Johar doesn't explore the theme as subtly as the others. Johar's trademark style is stamped all over it. Whether it be setting up the story in a school with a lustful but caricature-like principal (like Kuch Kuch Hota Hai, Student of the Year), bringing in family dynamics, or even his innate quality of poking fun at himself. But while doing that he also makes a strong statement about how important a woman's sexual desire is. His protagonist is a young Kiara Advani, a school teacher who gets married to lead a life which has a little action than the dreary one she's living. She hits a wall when her husband (Vicky Kaushal) is neither able to satisfy her in bed or otherwise. A sex toy, which is in the limelight now (courtesy Veere Di Wedding), comes to her rescue, while you can only expect Johar to put one of his most popular "family" songs (Kabhi khushi kabhie gham...) in this situation of hilarity.

The films aren't without flaws. But since they bring varied stories of women in completely different setups, all rolled into one, Lust Stories stands out as a film that explores deeper emotions and complexities of life and sexuality that probably needs to be spoken about in cinema more often.