Soorma trailer: Diljit Dosanjh is sincere in his portrayal of hockey's 'flicker Singh' 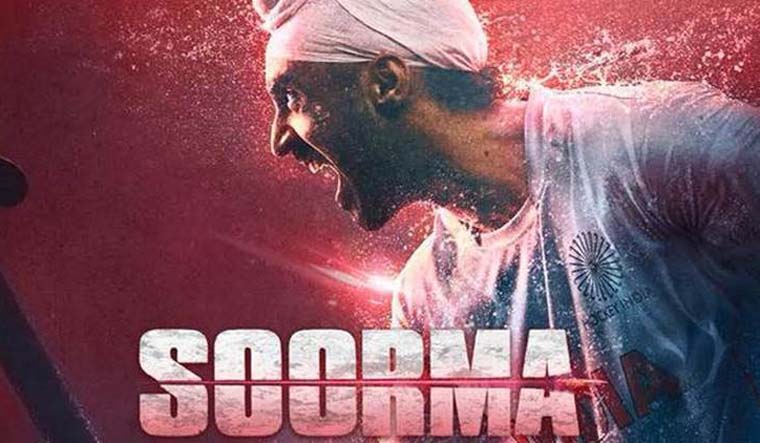 In August 2006, Sandeep Singh, the most promising drag-flicker in India’s international hockey team, met with a freak accident. The service pistol of an assistant sub-inspector, Mohar Singh, inadvertently discharged and a bullet tore through the sportsman’s right hip, while the latter was travelling in a train to New Delhi.

Indian Hockey Federation was left in a state of desperation to find a suitable replacement, as the accident left ‘flicker Singh’ paralysed and bound to a wheelchair. He was out of danger, the doctors said. But no one knew whether he would play again.

But he did. After all the hardships of recovery, he made a dramatic comeback. He was appointed the captain of the Indian national hockey team in January 2009. Under his captaincy, the Indian team managed to clinch the Sultan Azlan Shah Cup in 2009, defeating Malaysia in the finals at Ipoh. He represented India at the Summer Olympics 2012 in London. Singh was the highest scorer of the Olympic qualifiers with 16 goals.

Biopics have become the norm in a film industry driven by the highest weekend collection. And most turn out to be harmless hagiographies of a popular figure, no more informative than the any newspaper report over the years. At times, it becomes a necessity to make a real life story more heroic than it needs to be, or adding romantic angles for visibility—a la Bhaag Milkha Bhaag.

Soorma, starring Diljit Dosanjh as Singh, is an effort to bring to screen the intrepid life of Singh. But, what is evident from the recently launched trailer is that the film will not just capture his journey to become one of the revered players in the sport, but also his love life. Singh, whom Dosanjh sincerely portrays in the film, said it was an intrinsic part of the overall journey.

Writer-director Shaad Ali wants people to watch the film before coming to a conclusion. The three-minute trailer, however, gives much away. It recreates Sandeep Singh’s life, but it also seems to have taken enough artistic liberties to give it a mass appeal.

But, for a sport—even if it is the national sport of the country—the representation of which has been grim, a Bollywood film on one of its players might be a refreshing change. Recently, Sneha Rajani, head of Motion Pictures, ‎Sony Pictures Networks India Private Limited, which greenlit the project almost three years ago, told THE WEEK how she was unaware of Singh’s story till she was approached with the script. The incident did not happen too long before. Yet, she was surprised that she didn’t know about Singh’s injury. That is what happens in a country where a few domains like film and cricket are elevated to the status of a religion, while others are side-lined, she had said.