Sensex, Nifty tank 1 per cent on selling in financial, oil, IT shares 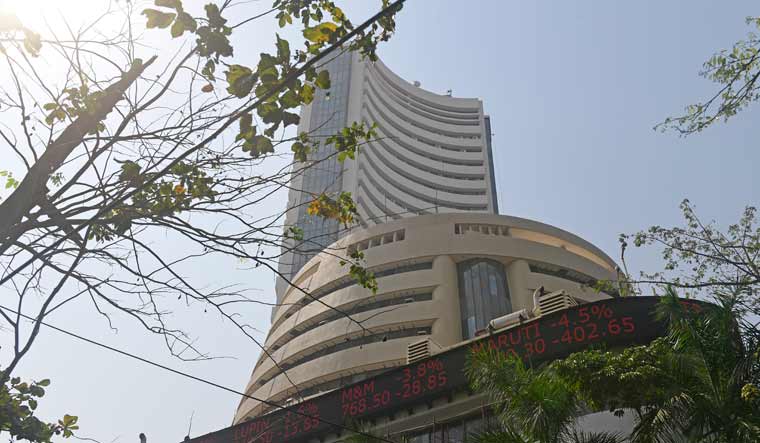 [File] Sharp movements in the markets are expected | Amey Mansabdar

Benchmark indices Sensex and Nifty tanked more than one per cent on Wednesday due to heavy selling in IT, financial and oil shares amid mixed global trends.

On the other hand, HUL advanced the most by 1.14 per cent. Maruti, Tata Steel, NTPC and Sun Pharma also posted gains.

Vinod Nair, Head of Research at Geojit Financial Services, said, "Indian equities witnessed a significant sell-off as the market appeared apprehensive ahead of the upcoming Union Budget and Fed meeting next week. Sentiments were dampened by persistent FII selling, where funds are being shifted to other EMs as a result of attractive valuations".

Asian markets were mixed after US stocks finished little changed. Japan's benchmark Nikkei 225 gained 0.4 per cent and South Korea's Kospi jumped 1.4 per cent while markets in Hong Kong and Shanghai were closed for the Lunar New Year holidays.

European shares were also mixed with stock indices trading lower in Germany and France, while Britain's FTSE 100 rose 0.1 per cent.

Brent crude, the international oil benchmark, declined by 0.31 per cent to USD 85.86 per barrel.

Foreign Institutional Investors (FIIs) were net sellers in the capital market on Tuesday as they sold shares worth Rs 760.51 crore, according to exchange data.