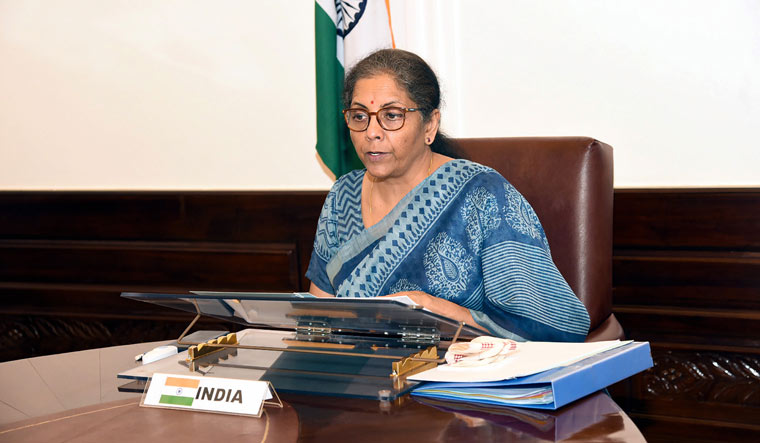 As Finance Minister Nirmala Sitharaman gets ready to present what will be her last full budget before the general elections in 2024, she is faced with several challenges. For the past two-three years, all the energies were focused on reviving the economy hit by the Covid-19 pandemic. Now, even as the pandemic clouds are receding, there are fresh challenges from a looming recession in the US and other major developed markets and the cascading impact it will have on emerging economies like India. This at a time the rural consumption has already been sluggish.

In this backdrop, the expectation is that the government will boost consumption and continue to do the heavy lifting through higher capex, at a time private sector spending continues to lag. However, the finance minister will also be vary of the fact that global investors and ratings agencies will be closely watching how the government gets its fiscal consolidation plan back on track.

India has a medium-term fiscal glide path of 4.5 per cent. As it battled the pandemic, the need of the hour was spending to save lives and livelihood. But, now the expectation is that the government will again focus on fiscal consolidation.

“Finance Minister had announced that fiscal deficit will be brought under 4.5 per cent by 2025-26. In order to meet this commitment, deficit will have to be brought down by 50-100 basis points in the upcoming fiscal year, from the level achieved in FY23,” said Sonal Badhan, economist at Bank of Baroda.

In 2022-23 revenue expenditure was stretched due to higher-than-budgeted food and fertilizer subsidies on account of higher global fertilizer prices (Russia-Ukraine war) and the continuation of the free food program. The government is still likely to meet its fiscal deficit target of 6.4 per cent, armed with robust tax collections and the nominal GDP growth of 15.4 per cent, has also been higher than the budgeted 11.1 per cent, noted Indranil Pan, chief economist at Yes Bank. He sees the budget to target fiscal deficit at Rs 17.8 lakh crore, or 5.9 per cent of GDP in 2023-24.

Radhika Rao, executive director and senior economist at Singapore’s DBS Bank, also sees fiscal deficit for the next year being pegged at 5.9 per cent of GDP in the upcoming budget.

“Fiscal, and monetary policies should be complementary by keeping excesses in check this year. The rural economy and social welfare push will be a key thrust area. The recent easing in rural inflation and a solid start to rabi sowing will help the near-term momentum. Besides, the non-farm rural sector is benefiting from backward linkages to a pick-up in urban business activity, and policy support is also likely. One potential area is increasing allocations towards the rural employment scheme, MNREGA versus FY23’s Rs 73,000 crore (0.3 per cent of GDP),” she said.

The other focus areas could include further impetus to allied schemes such as crop insurance, rural road infrastructure, low-cost housing, power and utilities and food-processing industry among other things, added Rao.

Notwithstanding political compulsions, outright measures to directly boost short-term consumption though are unlikely, she feels.

The net tax receipts in 2022-23 are expected to overshoot the budgeted amount by around Rs 2 lakh crore. However, next year tax revenue is expected to grow at a lower pace.

She says that even as additional support to vulnerable segments of the economy is warranted, a delicate balance will be needed, to ensure fiscal impulse is maximised to boost potential growth, even as policy adherence to medium-term fiscal sustainability is signaled.

In order to boost investment, the government may opt to continue providing interest free loans to states for increased capex spending. In the previous budget, Rs 1 lakh crore was provided for this out of the Rs 7.5 lakh crore of outlay.

“This may be persevered with in FY24, though the amount can be lowered considering that the states have not been aggressive in their capex spending,” said Badhan of Bank of Baroda.